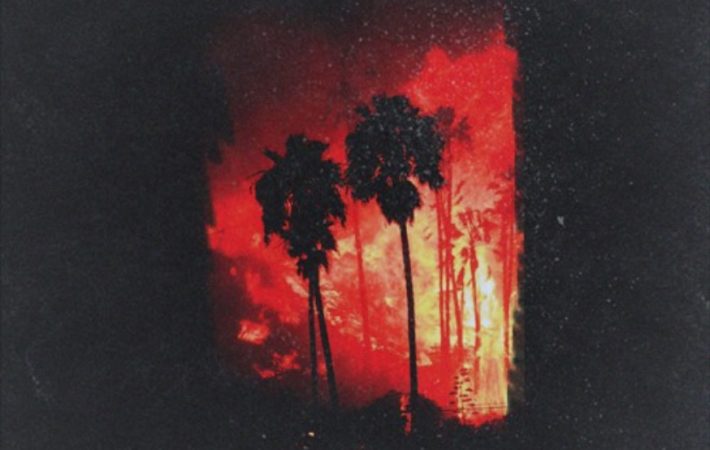 Spinning “Palm City” for a month now, always happy when it comes up. So, today is finally the day to give “Palm City” by singer/songwriter/producer aiwake a feature.

Dorian Voos and Euan Robertson who make music together under the moniker aiwake, says about his new single:

“Palm City is an introspective look at the chaotic downtown modern dating scene. The rushing, burning and evolving synth work is driven by an off kilter bounce made as a moving backdrop for the metaphoric lyrics and ambient vocal. The song is an exploration into the peaks and valleys of having short intense relationships, while feeling lonely in a crowd. The emotions that accompany such an experience are often hard to read as two people dance around concepts of flow and commitment. Hope, intrigue, wistfulness; these feelings rush around with a large dose of uncertainty at the core. Peering through the noise, it is usually the case that both parties involved are much closer to being on the same page than either can truly comprehend.”

Listen to the gorgeous “Palm City”, our Song Pick of the Day: