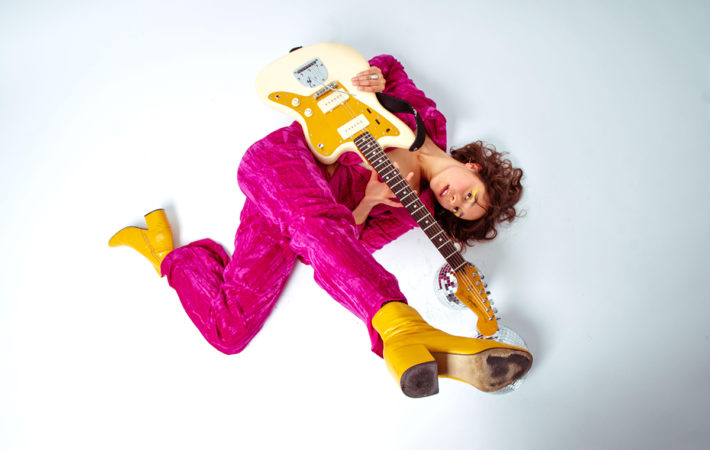 Officially summer, the cool temperatures and the monochromatic grey sky in New York today tell a different story. Still, with a song as bright and beautiful as “Point of View,” things don’t look so dreary anymore. The Toronto-born, Brooklyn-based artist Julia D’Angelo/strong> releases her new single “Point of View” today, and we are excited to premiere the gorgeous track. D’Angelo doesn’t want to get pressed into one artform only because, parallel to making music, she’s also successfully pursuing a career in film as an actor and director.

There’s something instantly fascinating about “Point of View” with its sparkling, jazzy elements and D’Angelo’s smooth vocals. But there’s more! Listen to the end when she breaks out into a soft rap, questioning why and how we fight in relationships. When asked about “Point of View,” D’Angelo says:

The idea stemmed from the notion of fighting with someone for so long, or being in a tense situation with that person for so much time, that you eventually start to forget what you’re fighting about, and it all starts to feel like a fever dream. My dad and I had never made anything this synth-based or electronic, and we wanted to experiment to see what we could come up with. Originally, there was no rap at the end. I showed it to my mom and she was like, ‘you should rap at the end.’ So I did, which was also a new thing.

Special kudos to D’Angelo’s mom, then, because the song’s finale is the icing on a sweet, glittering layer cake. The track is written and performed by Julia D’Angelo, produced by Steve D’Angelo, mixed by Nick Name, and mastered by João Carvalho.

Listen to “Point of View,” our Song Pick of the Day premiere now:

Connect with Julia D’Angelo and add “Point of View” to your playlist as we add it to our #glamglarepick playlist on Spotify and AppleMusic: