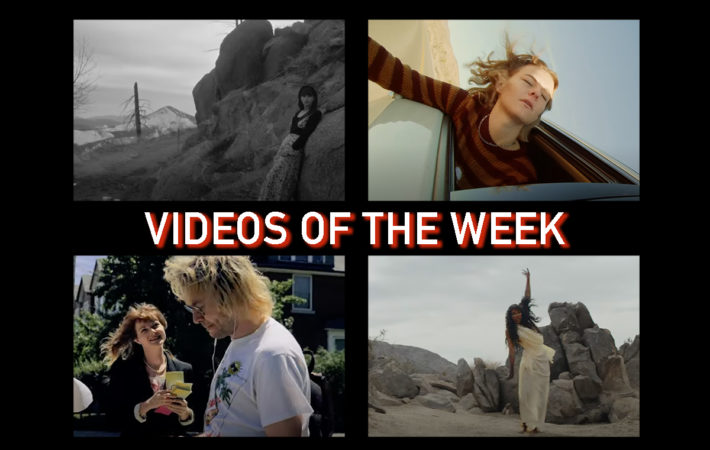 LonelyTwin – Thinking of a Place

Stockholm-based singer, songwriter, and producer LonelyTwin (Madelene Eliasson) offers another gorgeous slice of her self-produced debut album This End Had No Beginning with the mellow yet super dreamy new single and video “Thinking of a Place.” We see LonelyTwin riding in a 70s car through a Californian landscape complete with a lush sunset while reminiscing about a love lost.  The video is directed and produced by Maya Sassoon, and the album will be out on July 7 via Ultra Music.

Ahead of their upcoming EP Floating Through The Wonderwave, out July 8th, 2022 through Arbutus Records, Toronto-based synth-pop band Rapport shares the highly intriguing “Video Star.” Frontwoman Maddy Wilde says about the track:

Whenever I find myself compulsively opening social media apps again and again on my phone, I’ll do a delete. Getting rid of these apps has always been the best way to combat the addiction. But then I find myself needing them again to promote a show or a new song etc. And the cycle continues. Video Star toys with the idea of ‘turning off’, which is easier said than done.

Going for a run, as seen in the video, is one way to deal with the urge or desire to spend time online. Watch the video, directed by Adam Pereira, now:

The songs of Bay Area musician Christia Cabral aka Spellling often surprise: you never know in which direction she goes. “Queen of Wands” from her 2021 album is no different. Now there is a video showing Christia dancing through a barren landscape. And there is fire too!