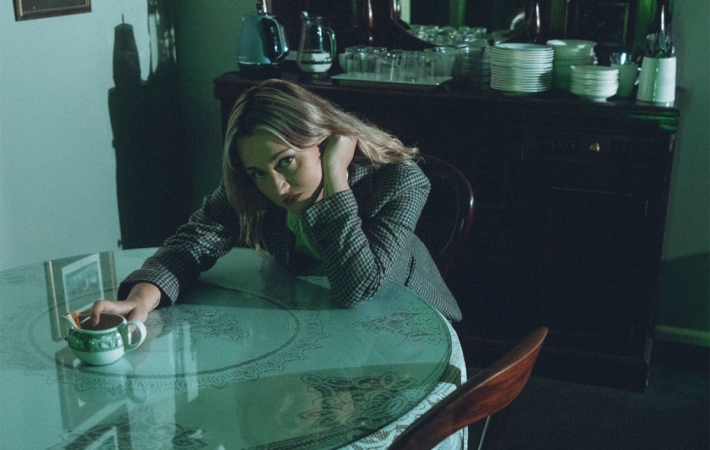 “Every morning there’s an ache. It’s no big deal, just seems my heart just wants to break,” sings Elizabeth M. Drummond, and sets the mood for her beautiful debut single. However, this is not an emo anthem, yet a light and super lovely song, that takes surprising turns along the way. There’s something sweet to Drummond’s vocals and if they sound familiar, no surprise here as she is the founding member of the Australian folk band Little May. With Little May, Drummond toured the world and of course also performed in New York where I saw them, back in 2014. While “Crisis” marks her debut as a solo artist, Drummond is by no means a newbie to the music world and it shows because the track is exquisite!

I wrote “Crisis” when I had moved cities after leaving Little May and a long relationship. I felt like everything I ever identified with had just exploded in front of me. I also realised I had been living on auto-pilot for as long as I could remember, and that I had been ignoring what I actually wanted for my life. At this point, I had started to feel a huge amount of relief and humour in surrendering to the idea that things couldn’t get any worse. In many ways I felt like I had become “no one”, and this started to become liberating. This song marks that time and those feelings for me.

She wrote the song while traveling between Sydney and Melbourne, and it was in Melbourne, she took “Crisis” to her friend James Seymour for his opinion, who joined her to co-produce the track. Drummond says about the collaboration:

We co-produced the rest of the song to get her at Small Time (a studio in Brunswick, Melbourne). We threw everything at it, and most of it didn’t work. Liam Gough (from The Teskey Brothers) played drums on this one. His playing really informed where everything else was going to sit dynamically. Zac Barter played strings on it, and that really added another layer of depth and weirdness to the song that I loved. As much as I like the song, I’m relieved I never have to produce it again – it was a bit of a pain in the arse.

Watch the super cool video directed and edited by Richard Clifford, and check out “Crisis” Song Pick of the Day:

Connect with Elizabeth M. Drummond and add “Crisis” to your playlist as we add it to our #glamglarepick playlist on Spotify and AppleMusic: