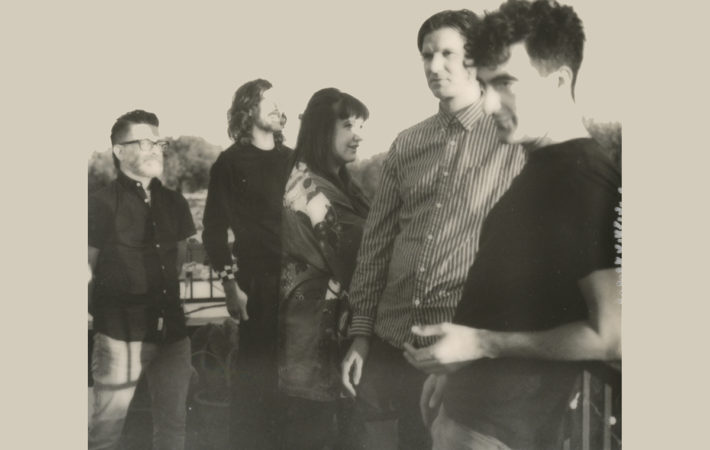 When I first came across Victory Chimes, over three years ago, I was immediately hooked by the mesmerizing, brooding vibe and the very intriguing vocals. No different now with “New Mode,” the recent single from the just-released album When the Fog Rolls In. Victory Chimes is the musical project of Montreal singer/songwriter Jeff Louch, who says about his new album and “New Mode” in particular:

In contrast to the first two Victory Chimes singles (“Holiday,” “Conductor”) which are narratives, our new song, “New Mode” doesn’t tell a literal story but instead links together a series of images. It touches on the issues of identity, facing demons, death, rising to potential and new beginnings. “New Mode” was written around this circular bassline. The wavelike feel inspired some of the water imagery in the lyrics that were written in a one stream of consciousness session. The perspective shifts from specific friends to a fictional character to myself. It turned out to be the featured song on the record because, for me, it represents the overall vibe of our new album.

Stunning! While I haven’t listened to the entire album yet, I’ll have it scheduled for tonight’s happy hour, which I’ll spend with my favorite person in this world.

Listen to “New Mode,” our Song Pick of the Day, and check out the cinematic, band video too:

Connect with Victory Chimes and add “New Mode” to your playlist as we add it to our #glamglarepick playlist on Spotify and AppleMusic: