The Luka State – Bring Us Down [Video] 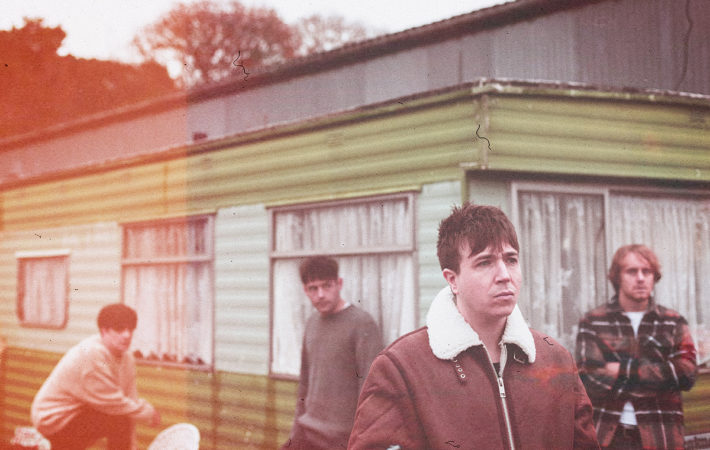 The Luka State – Bring Us Down [Video]

After a little hesitation, whether I’d really want to go so much ‘rock,’ it became clear that I do because “Bring Us Down” is irresistibly stunning! The crazy banger is the new single by British four-piece The Luka State. Until recently, I was sort of worried that the times of this type of pulsating, guitar-driven indie rock might be over but luckily that’s not the case because The Luka State are not alone. Then again, Manchester or Liverpool, and the band hails from somewhere in between (Winsford, Cheshire), are the birthplace of a plethora of brilliant rock bands.

Aside from the energizing and appealing sound, what made me ultimately want to feature “Bring Us Down” today, is the band’s statement about “Bring Us Down.” The Luka State say:

Anyone who stands out in small towns like ours, anyone who wants more for themselves, more than this, they attract a lot of negativity. I think that’s something a lot of people can identify with. We’re about the ones who are trying to pick each other up, not drag each other down. This song is about putting haters in their place and doing it your own way. Something I think every growing band has to deal with. Being in a rock band is like rolling the dice every day and trying to win the lottery. It ain’t easy.

Being in a band isn’t easy, and growing up in a small town doesn’t make it trying as an artist any easier, especially when everybody around you has football (soccer) in their mind 24/7.  In essence, small towns suck and that sentiment resonates with me on top of the overall sound. The Luka State are Conrad Ellis (vocals, guitar), Sam Bell (bass, vocals), Jake Barnabas (drums), and Lewis Pusey (guitars) and it’ll be very exciting to follow the band on their journey as they’re currently touring the UK, and are announced to play The Louder than Life festival in Louisville, Kentucky with more stateside announcements to follow.

If their current oeuvre is any indication, more dazzling alt-rock gems can be expected from The Luka State.

Listen to “Bring Us Down,” our Song Pick of the Day, and check out the vibrant band video too:

Connect with The Luka State and add “Bring Us Down” to your playlist as we add it to our #glamglarepick playlist on Spotify and AppleMusic: