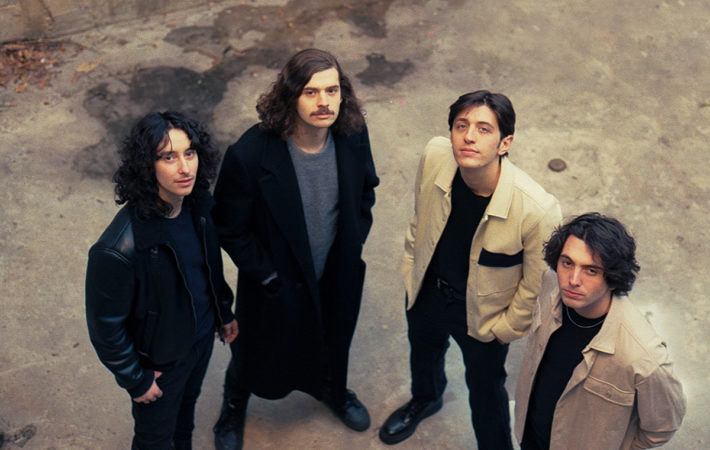 While New York indie rockers SOFTCRUSH formed only in the fall of 2021, they demonstrate impressive songwriting chops and exquisite producing skills with their debut single “See You Go” and the follow-up “Puppet.” The four band members each bring their own musical background and influences to the project, and the result is an exhilarating take on the indie rock genre.

SOFTCRUSH is comprised of Josh Brennan (lead vocals, rhythm guitar), William Sawikin (drums, synths), Leonidas Gioutlakis (lead guitar), and Gerard Pugliese (bass), and it’ll be exciting to hear what they have in store next.

We asked Josh about their new single, and he says:

Early demos of “Puppet” were made in the summer of 2021, prior to the formation of SOFTCRUSH. The song was inspired by the anxieties and late nights spent overthinking that can often come when exploring a new, but uncertain, romantic connection. Recorded partly in the studio and partly in a bedroom, this track is a true DIY creation.

Anxieties can happen with anything that’s unknown and when allowing yourself to get lost in your thoughts; a sentiment beautifully juxtaposed by the joyful flow of “Puppet” that doesn’t even hint at any darker thoughts. SOFTCRUSH is onto something here and got me hooked because this is indie rock at its best!

Listen to “Puppet,” our Song Pick of the Day:

Connect with SOFTCRUSH and add “Puppet” to your playlist as we add it to our #glamglarepick playlist on Spotify and AppleMusic: