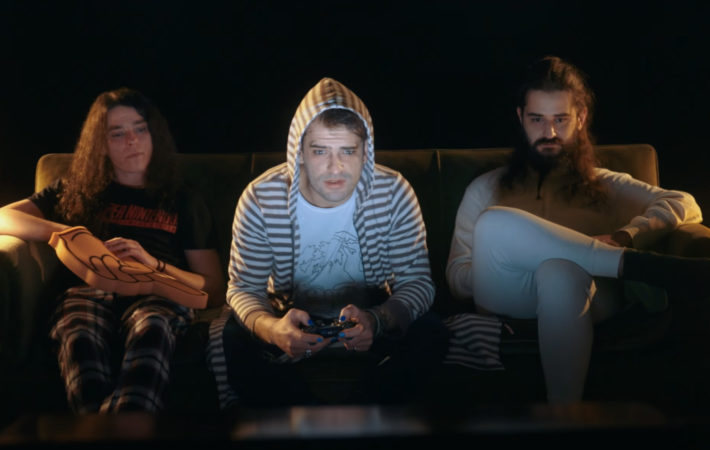 Greek three-piece Ayfel set out to create an updated version of modern mainstream rock, and their new single “Blu” is a brilliant example of what this sounds like.

“Blu” comes with a catchy hook and smart lyrics, that make it fun to sing along with Ryan (vocals), Eddie (synths/guitars), and Elias (drums). The band cites Muse and Linkin Park as their inspiration but also dig the pop approach of bands like Twenty One Pilots and Faith No More. These big-name influences aside, “Blu” stands very much on its own and it’ll be exciting to follow Ayfel along to hear what’s next. Asked about the track, Ayfel say:

“Blu” is a song about the contrast between reality and fantasy, and how the latter is used to cope with the former.

The accompanying playful and inspired video is directed by Dimitris Adrianos Sidirokastritis and will put a smile on your face. Guaranteed!

Listen to “Blu,” our Song Pick of the Day:

Connect with Ayfel and add “Blu” to your playlist as we add it to our #glamglarepick playlist on Spotify and AppleMusic: