Ponte Pilas – Be Your Girl 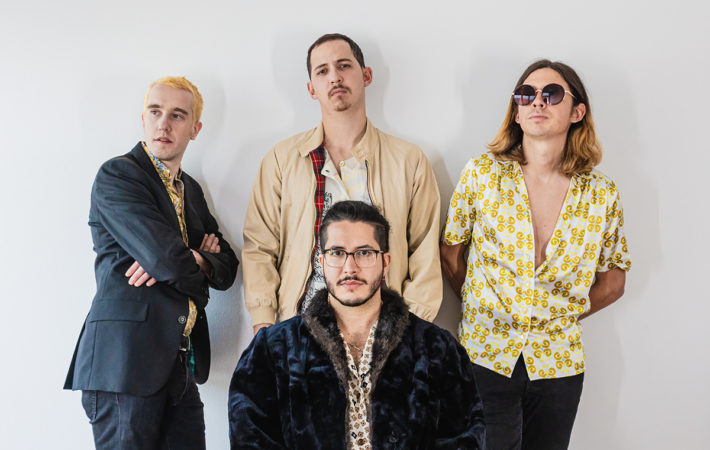 Ponte Pilas – Be Your Girl

British-Ecuadorian indie-rock quartet Ponte Pilas announce their upcoming album with the beautifully vibrant and effortlessly catchy “Be Your Girl.” Alone the combination of South American and British band members who call Berlin, Germany their home, should make for an interesting sound, no? While frontman Calum Bolland is from Scottland, Daniel Rivera (drums), Ismael Rivera (guitar), and Alejandro Iturralde (bass) are from Ecuador and together they formed the band in February 2017. After releasing their debut EP So It Goes in 2021, they’re now gearing up for their full-length via Pianola Records.

When I came across “Be Your Girl,” I liked the song immediately and wanted to know more about it. For starters, the single is produced and mixed by Gordon Raphael, who is maybe mainly known for his work with The Strokes and Regina Spektor but dig a little deeper, and you’ll find many other gems.

We asked frontman Calum whether he could provide us with some insight and he says:

“Be Your Girl” is a tribute to wild Berlin nights, dragged into some spiralling, chaotic situations in which gender norms are flipped on their heads and the descent into depravity happens all too quickly. The video takes a slightly different narrative, reflecting on themes of toxic masculinity in a relationship that seems to be moving into a darker and more obsessive place. All this set to a banging soundtrack that has set Ponte Pilas shows alight and with a guitar riff for the ages.

In essence, “Be Your Girl” is as brilliant and contemporary as it can get and proof that indie rock is definitely not dead! Far from it.

Listen to “Be Your Girl,” our Song Pick of the Day:

Ponte Pilas have a clear vision with “Be Your Girl” and enlisted Leonardo Greco to direct the accompanying music video. Watch it here:

Connect with Ponte Pilas and add “Be Your Girl” to your playlist as we add it to our #glamglarepick playlist on Spotify and AppleMusic: