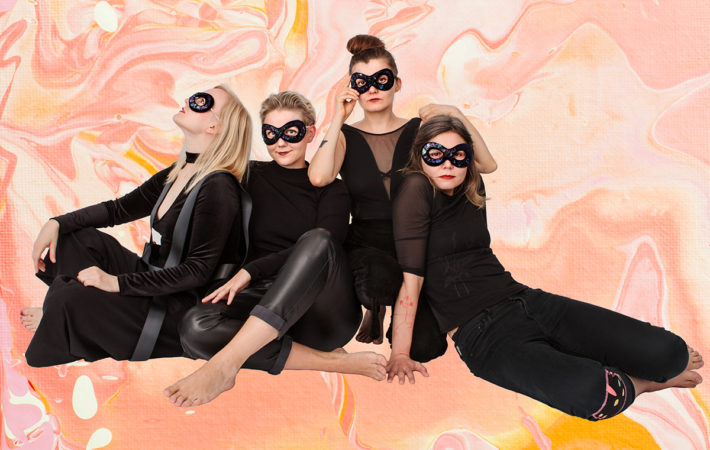 Wednesdays, like Saturdays, I like to take the opportunity to look back a month or so and see what I’ve missed. That’s when I deliberately look for new releases that did not land in my inbox but are waiting to be discovered on their own. Despite Seventh Baby being already their seventh (fantastic!) studio album, I have never before heard of Finnish four-piece Pintandwefall but thankfully, this has ended now.

Fun fact: their first album from 2007, was called Wow! What Was That, Baby? and the baby theme got picked up for each of their albums. While Sanna Komi, Ninni Luhtasaari, Ringa Manner, and Iiti Yli-Harja create music together as Pintandwefall, they also all have their own projects going, and it will be exciting to learn what they’re coming up with next.

Seventh Baby ends with the beautifully melancholic and exquisitely produced “Mostly Me,” which made me want to start from the beginning and then some. Another all-female guitar-driven four-piece comes to mind, who also all pursue their own solo projects: Warpaint. So, if you are a fan of the dreamy Los Angeles quartet, checking out Pintandwell is a must.

Listen to “Mostly Me,” our Song Pick of the Day:

Connect with Pintandwefall and add “Mostly Me” to your playlist as we add it to our #glamglarepick playlist on Spotify and AppleMusic: