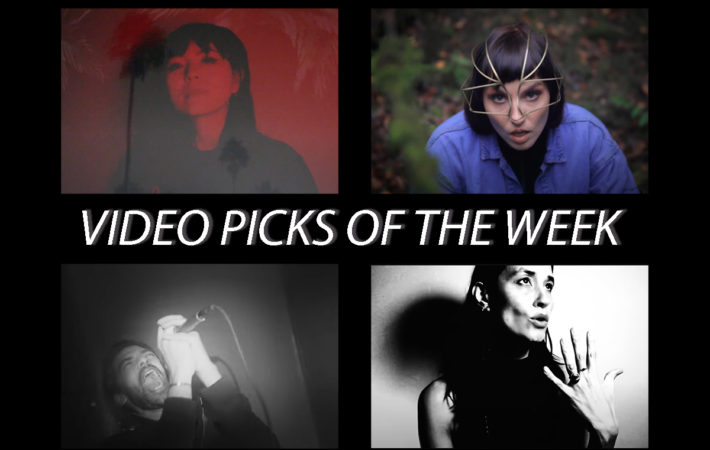 GHXST – Pls, You Must Be a Dream

Announcing their debut album Admire, out on April 22nd, Los Angeles-based noise duo GHXST delight with “Pls, You Must Be a Dream,” the first single from the record. “Pls, You Must Be a Dream” comes with a  lush, atmospheric video, showcasing the duo in their hometown. The music video was filmed and edited by Shelley X in Los Angeles, and is “an ode to the obsessions that haunt you, like a half-remembered scene from an arthouse film. As always, the allure is in the unknown.” We take at it and enjoy watching the color-drenched, sensual video that offers glimpses of L.A.

The new song “Skin” by German singer, songwriter, and producer Maria Die RUHE is about accepting one’s body. The video is artfully shot and leads you into a swirling dream world. The filming was not easy, as Maria recalls

“When Natalia and I shot the stop motion pictures in the woods, I didn’t know if I’d ever release the material. Getting naked in front of a mirror with 0 degrees isn’t my favourite thing. Neither is dying in a bathtub. But going through that process completed my realization of how important it is to live and not to hide anymore. One body, one life – so better live it! ”

The new single by London-based alt-rock band Redhanded comes with a black and white cinematic music video that shows the four band members in intimate close-ups and then again in hazy distance, creating a vibrant, irresistible band video. Redhanded is comprised of Sohail Ajaz (vocals), Faizan Baig (guitars), Adil Azim (bass), and Saif Malik (drums) and together they create catchy and highly appealing power rock that we haven’t heard that exquisite much since the 90s. More of this, please! “Bottom” can be found on Redhanded’s upcoming album Retrograde.

Californian band Warpaint does not often release official music videos, so we are glad there is one for their latest single, “Champion.” The moody clip is shot in film-noir style and features coastal landscapes and the four members. We also are still waiting for U.S. tour dates.