Sunglaciers – Out Of My Skull (Video) 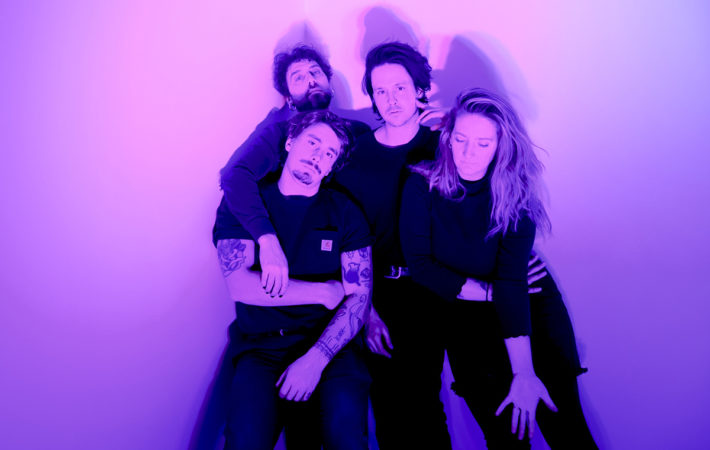 Sunglaciers – Out Of My Skull (Video)

What’s in a name? It’s about the music and good band names are already taken anyway. Think again and start listening to “Out Of My Skull,” the new single by Canadian psychedelic post-punk band Sunglaciers. Alone writing or saying the band’s name puts a little smile on my face. Genius! Albeit, the song’s lyrical content and visuals are darker and enthralling.

The highly appealing video with its surreal vibe is directed by songwriter Evan Resnik, who says:

“Out Of My Skull” is dark but it’s lively. I shot in black and white to lend a bit of a classic, noir vibe to the video, which also helped bring out some of my innate 90s influence.

The lyrics loosely reference Miles Davis and a few moments from his life: his hiatus from 1975-80, a shooting in 1969, being assaulted by a cop outside Birdland in 1959. I watched a lot of music documentaries in early 2020 when we began writing this record. Miles was a mysterious and brooding artist, and that initial inspiration helped me get into that mindset during songwriting and throughout the video production. The video is intimate but detached, with close-up faces in contrasting, unreal environments. We’re in your face, but we’re not really there. We had a lot of fun shooting, and I think that comes through in the video and adds a bit of levity.

It is utterly fascinating to learn where songwriters take their inspirations from. Despite being overall darker in its mood, moments of joy and playfulness shine through.

In short, this is a brilliant video and song and makes us, even more, looking forward to seeing Sunglaciers next week during New York’s New Colossus music festival! Sunglaciers also have their second LP, Subterranea, coming out on March 25 via Motherland.

Listen to “Out Of My Skull,” our Song Pick of the Day, and watch the video:

Connect with Sunglaciers and add “Out Of My Skull” to your playlist as we add it to our #glamglarepick playlist on Spotify and AppleMusic: