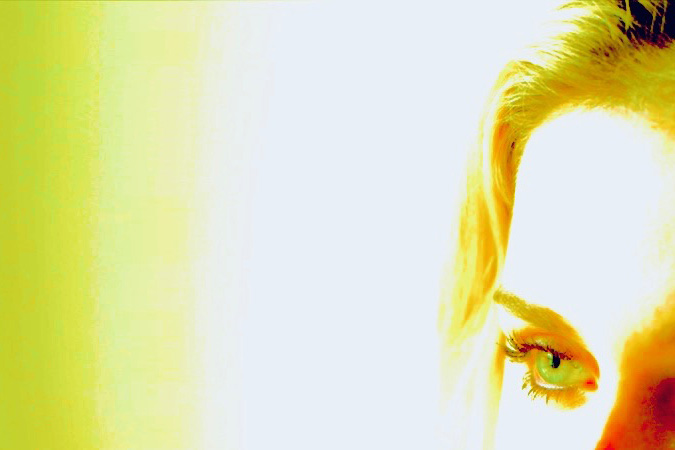 Originally based in NYC, the singer, songwriter, and producer Anastave moved to Berlin to find new inspiration to follow up her 2016 excellent debut album “From the Other Side of the Fire.” Life is rarely straightforward, so a few years went by until she was ready to release new music. The eclectic synth-pop track “Cover the Dust,” marks the first in a series of new songs.  We wanted to celebrate this occasion, and Anastave was so kind to answer a few questions about where she is coming from and where she is heading with her music.

How did you start with songwriting?

I’ve always been a writer. I’ve always used journals, poetry, and short stories as a place of comfort — to express what was going on in my head.
The magic of songwriting is that sometimes you write things that you had no idea you were feeling until they came out of you. I played piano until I was 12 and stopped playing for some years, but even when I stopped playing, I kept writing. I started playing piano again when I was studying fiction and poetry in university. That’s when I started writing my own songs. 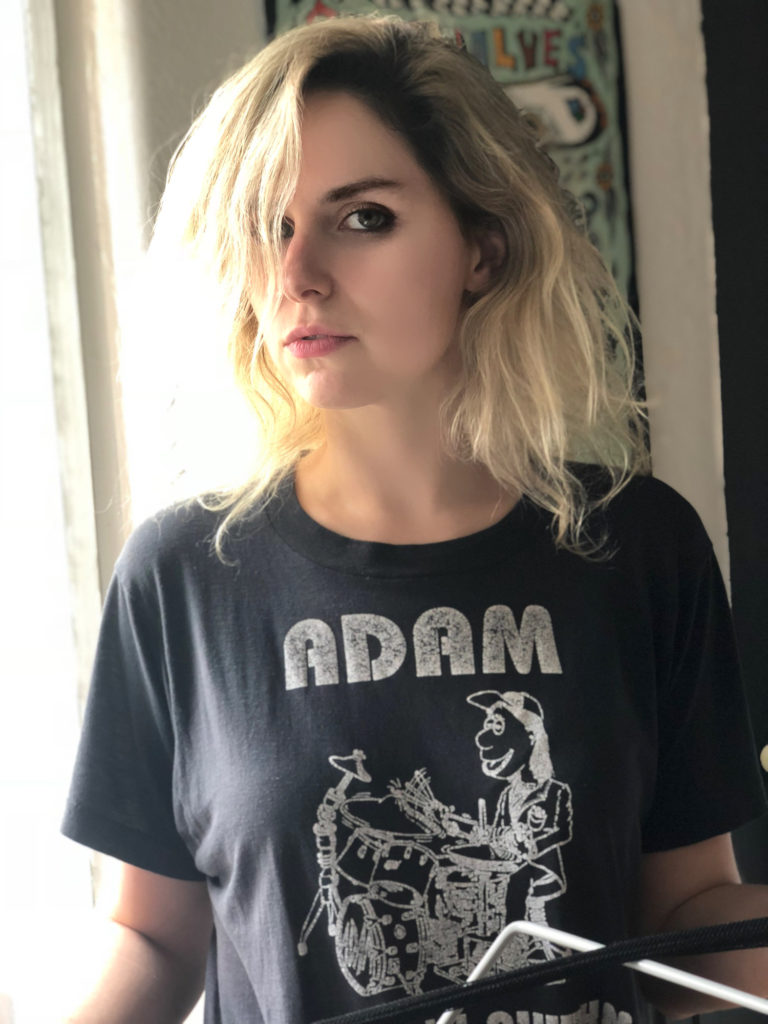 When did you realize you wanted to produce your own music?

I realized I wanted to produce my own music when I was having trouble expressing what I wanted. I didn’t have the right terms or the right language to describe what I heard in my head. I started producing and it was such an amazing feeling — the things I thought, I could create. It’s very healing — being able to make something out of the dark and weird corners of your mind — and the same goes for songwriting.

Your 2016 album From the Other Side of the Fire takes cues from 1990s trip hop. Did you have specific influences when you wrote the album?

Certainly, I was inspired by the Bristol sound of the ’90s trip hop scene — Tricky, Portishead, Massive Attack, and the like — they’re all artists that have helped me a lot in one way or another. They’ve given me comfort when I was at my worst, and inspiration when I was at my best. I was also inspired by Burial, Aphex Twin, existentialism, addiction, Sylvia Plath, and crime films. These things will always be in my DNA, but I’m taking things in a slightly different direction now.

You moved to Berlin in 2018 from New York City. What did you expect from this move, and did it come true?

I wanted a deeper connection with music and I found it. Not in the way I had initially intended, but I got there nonetheless. I found it when I let go of what I thought I wanted, or needed, to find. 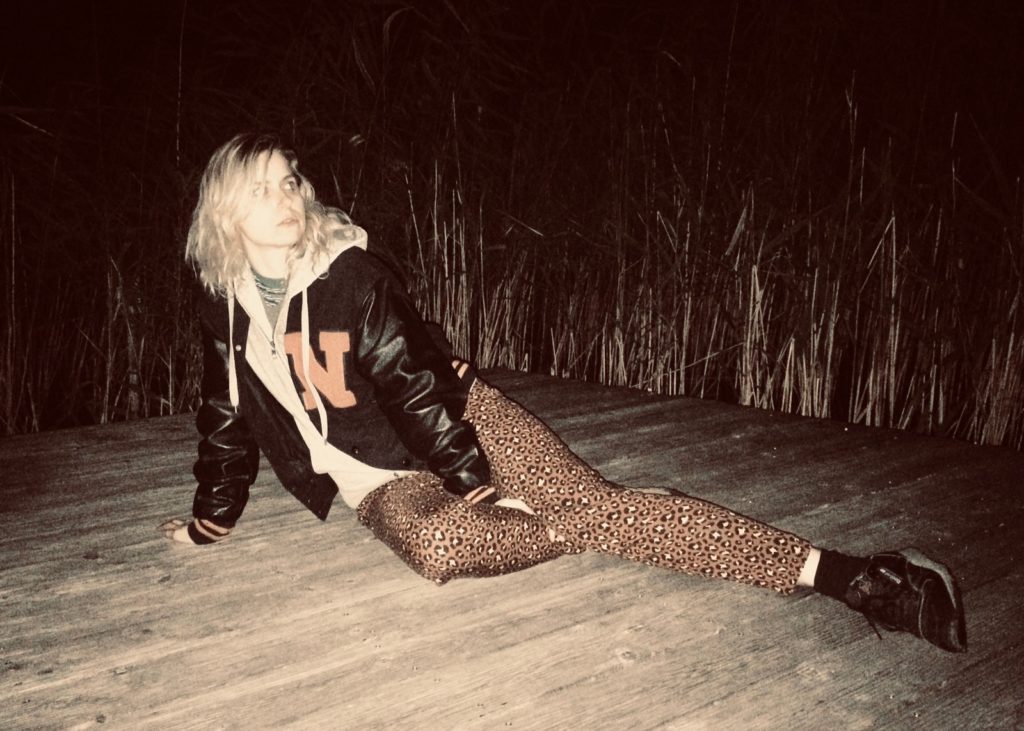 Your latest song, “Cover the Dust,” is a new chapter for Anastave. Did your approach to music change since From the Other Side of the Fire?

Absolutely. This particular song was written in isolation. I wrote and produced it during the lockdown when I was feeling quite alienated and detached from a lot of things. My approach to music, in general, has changed in that I’m a lot less afraid of myself than I used to be. I don’t fear my voice the way that I used to. Lyrics have always been so important to me, but I was afraid of being judged for how good of a singer I was. Fortunately, I’ve been able to let a lot of that go. I think that’s how I’ve changed the most — being more comfortable and confident in myself — knowing that not everyone has to understand me or believe in me, and that’s totally fine.

Tell us about the making of “Cover The Dust.”

Cover the Dust explores themes of perception, vanity, and greed. I wrote this song after watching videos of people going to hospitals to make charitable gestures followed by a video crew to announce their altruism on Instagram. I wondered how often people made such gestures with no audience in mind. Can a deed made public be unblemished by exploitation? Do people make things public that they don’t plan to capitalize on in some way?
This song also touches on media aimed at making us feel like we’re not enough, and the people who take advantage of that — who steer us in the direction of buying what they’re selling so that we can ‘feel whole’. 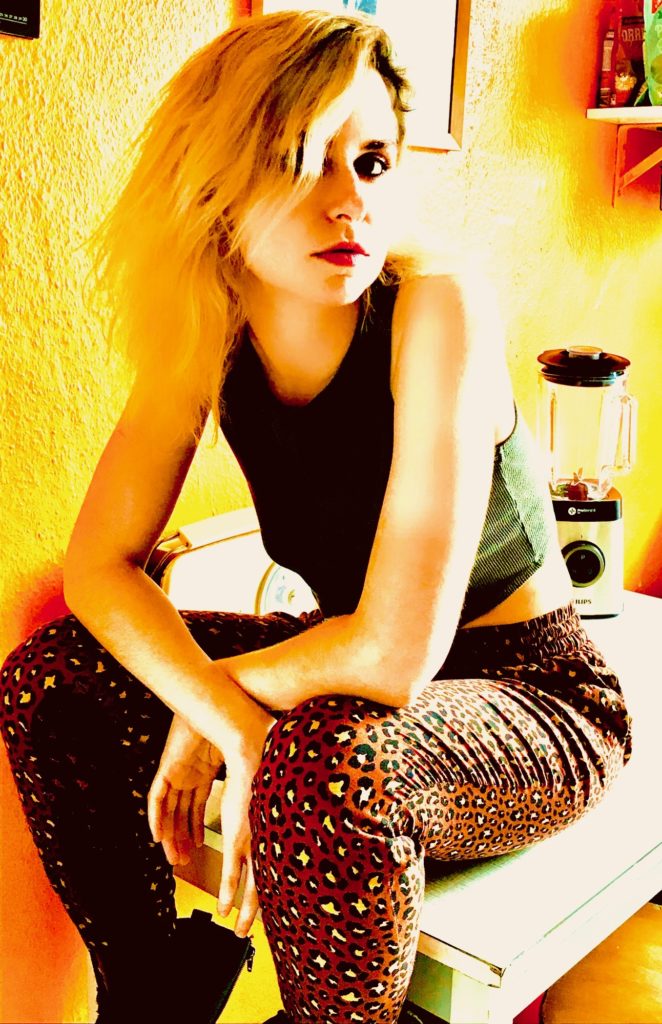 We tried hard to have you on a glamglare showcase when you were still living in New York, but your move to Berlin came in between. Do you have plans to perform your new material live?

For sure. My focus right now is on releasing these songs and finishing the others I have in development, and I look forward to performing them after they’re out.

“Cover the Dust” is only the first of a series of singles you want to release this year. Can you give us a sneak peek of what is next?

Thank you, Anastave for the insights. We can’t wait for the new songs to be released and hope to be there at that next show of yours!