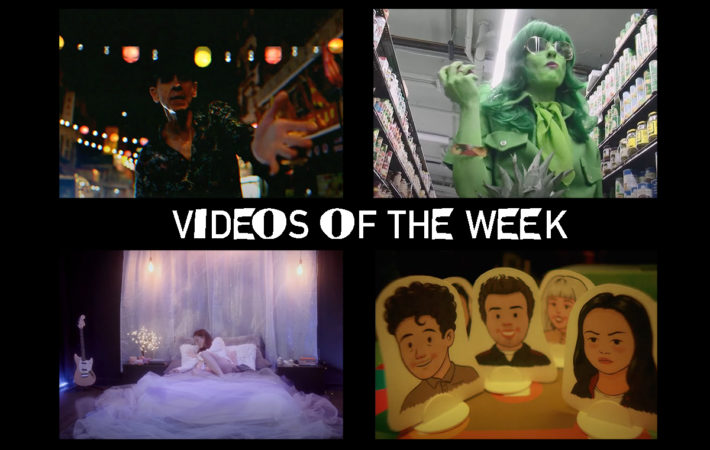 Formed in early 2020, Dream Prescription is the electronic rock project of two New Yorkers: DJ/producers Tim Robert and Kent Friedman. They show their understanding and passion for the greatest city in the world in their cinematic and simply gorgeous video “Wild at Heart.”

When asked about the song and video Tim says:

The song originally started as a slow, hypnotic portrait of numbing effects of modern industrialized society. As the music developed and became more energetic and freewheeling, I felt the lyrics needed to express the opposite of numbness, a feeling of wild abandon. I’ve certainly felt that on the dance floor at clubs, and I hope this song brings some of that vibe to the listener.

It is exhilarating to walk the streets of Chinatown together with Tim, to experience some Blade Runner-like big city visuals, and to be part of a Dream Prescription live show. That’s truly wild, in a good way! “Wild at Heart” can be found on Dream Prescription’s 2021 EP Wavelength. Watch the video now:

NYC singer/songwriter Kendra Morris is back with a new full-length album “Nine Lives” and a colorful video with lots of city vibes.

L.A.-based musician Celeste Tauchar aka talker is a talented video maker as much as a musician. For each of the songs she released during the run-up to her upcoming EP “In Awe of Insignificance” (March 25), she also made an excellent video, usually starring herself. In her latest video, “My Meds,” she remains behind the scenes and gives dancer Charlotte Smith the spotlight. Celeste says about the song:

My Meds is a song about losing yourself in the process of trying to get better. Leveling yourself out just enough so that you’re not sinking, but you’re also just treading water. When I made the demo, I intentionally didn’t use any guitars. I figured the song was about the crutches we lean on, and I didn’t want to use the guitar as a crutch either. That opened up this whole new world of ethereal production and playing with new ways to express myself. I took it to my friend James Sunderland to produce it, and because we wanted to capture such a specific feeling, it took like five or six months for us to finish it. Every time we would work on it, we couldn’t capture the right moment, or we couldn’t find the perfect sonic landscape. But eventually, we found it – the final vocal is actually me in my room, lying on my floor recording myself. There’s a voice memo piano recording throughout. I think that rawness combined with James’ evocative and pulsating production creates this perfect palette for a song about trying to come back to life.

“Little League” is a gem of a video! Can we leave it at that and simply urge you to watch it? Okay, here’s a little more… I find myself depicted in it and you might feel too. Many of us will understand exactly what the protagonist (the LA-based musician herself!) is going through, while others might see themselves in the smiling faces of the winners. Let’s hear what Wallice says:

“Little League” is about my love of games (board and video) and my competitiveness. I also think people can relate to the fear of not being liked. I can hang out with a single friend for 5 days straight, and still each time they leave I feel like- “oh no, they probably hate me because of something silly like being too competitive during a video game.” This song was influenced by “Weird Fishes/ Arpeggi” by Radiohead, a band I grew up listening to.

I immediately reached out to director Philip Stilwell when I came up with a concept for this video. He did such an amazing job when we had previously worked on my “Hey Michael” video last year. I knew he could execute the right balance of serious and funny within a short video. I knew I wanted to be playing tennis, baseball, and a board game in the video, but he came up with the idea of translating the board game to real life – when we land on each space it launches a mini game (kind of like my favorite video game Mario Party). I’m so happy with how the video turned out and I’m so glad I got to have my fellow artist friends Mykey, spill tab, mazie, and my long time producer/best friend marinelli playing my worthy opponents in the video. I like to write about being an imperfect protagonist; being someone who is wrong and lets their faults show. I hope that comes through here as well.