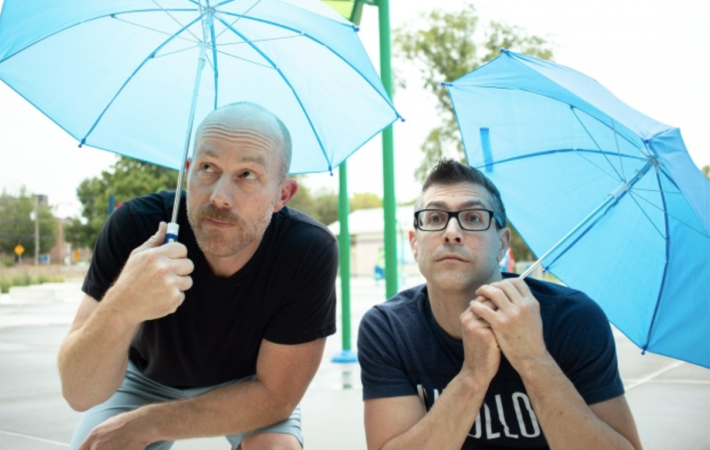 The holidays are noticeably close as my email inbox gets lighter by the day and notifications about new releases come to a halt. On one hand, that’s a welcomed change of pace because don’t we all want to slow down and rest a bit, so we can start the new year energized? All true, that. But what’s a blog gonna do that features a new song and artist every single day, rain or shine, since 2015? We do want to know about new releases and if there are none, well, then we look through November’s onslaught of emails and we surely will find something and find we did!

While we only feature “The Foreign,” we happily recommend the entire album because What Was That should be put under the Christmas Tree of every serious electronica fan (think early Depeche Mode and the likes.) The eclectic What Was That is the collaborative work of percussionist, and electronic producer Bob Deveau aka Senior Citizen and songwriter Tim Walker (Grand Theft Bus, Heat & Lights) which Deveau initially thought as the second album of his Senior Citizen project. But, as the pandemic dragged on, Deveau and Walker felt a surge of creative energy that left them with an entire album full of top-class songs, hence What Was That.

Listen to “The Foreign,” our Song Pick of the Day:

Connect with Senior Citizen and Walker’s label on Facebook and Twitter and add “The Foreign” to your playlist as we are adding it to our #glamglarepick playlist on Spotify and AppleMusic: