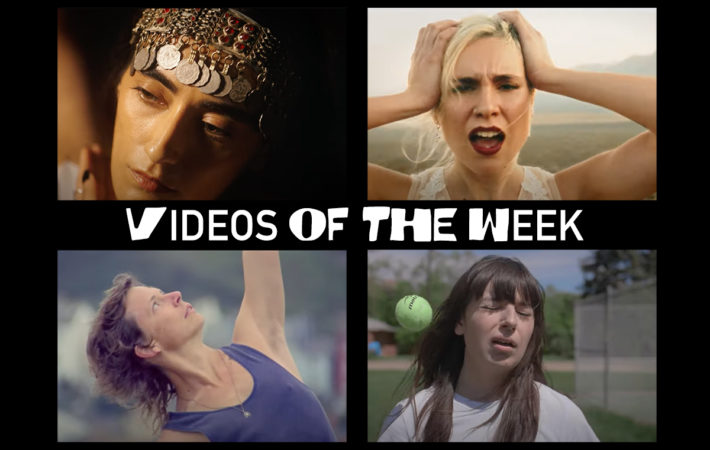 Turkish singer/songwriter Jem released his debut single “Secrets” together with a meditative video filmed by Mu Tunc. Jem says about the song:

Sometimes I visualise my songs before writing them. With this song, imagery came to me in a dream-like state, and all I did was react musically to how these images made me feel.
When writing Music, I always hark back to a place, a visual, a feeling that reminds me of the warm and embracing state of where I grew up.

L.A. singer/songwriter talker is stuck in Summerlin, Nevada for all the wrong reasons. But she found a gorgeous backdrop for a video in the Red Rock Canyon National Conservation Area.

Who wouldn’t want to watch Nicholas Allbrook from Australian indie-rockers POND doing his yoga routine? Especially when the English picturesque seaside town Hastings is the backdrop? The video “Take Me Avalon I’m Young” is directed by award-winning filmmaker and creative director Bunny Kinney and we love it!

It started with a loose lyric idea of ‘I learned more about love in tennis club than I ever did from you’ (since a score of zero in tennis is called “love”),” Talltale explains. “Then I built out the song to keep – what I hope to be – an emotionally honest core, while encasing it with more tennis puns and a shimmering 80s synth-pop vibe instrumentally.

We understand what she’s going through in the video all too well and love the song’s vibe and production.