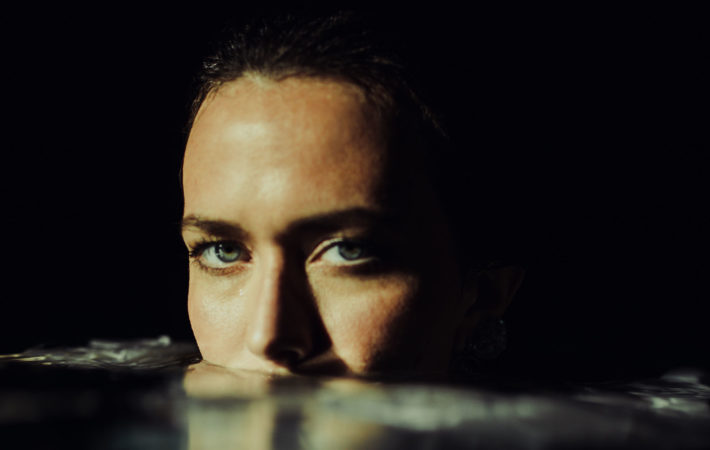 Margaux Sauvé, aka Ghostly Kisses, is about to release her debut album “Heaven, Wait” on January 21 on Akira Records. The singer/songwriter from Quebec, Canada, has released the second single, “Blackbirds,” a dark pop song about depression with a spark of light. Margaux tells us how an international collaboration came together for the song:

“‘Blackbirds’ is an amalgamation in the purest sense of the term. The song presents both electronic and organic sounds and incorporates both Western and Eastern cultural influences in melodies and harmonies. It also constitutes some kind of hybrid between tradition and modernity in the instrumentation. For me, the song highlights some of the good sides of globalization and the positive application of communications technology. The oud was performed by a Palestinian musician based in New York, and the strings ensemble was recorded by a North Macedonian orchestra called Fame’s Project Orchestra, in a session we attended live via Zoom.”

Listen to our Song Pick of the Day, “Blackbirds,” on your favorite streaming platform or below on Bandcamp: