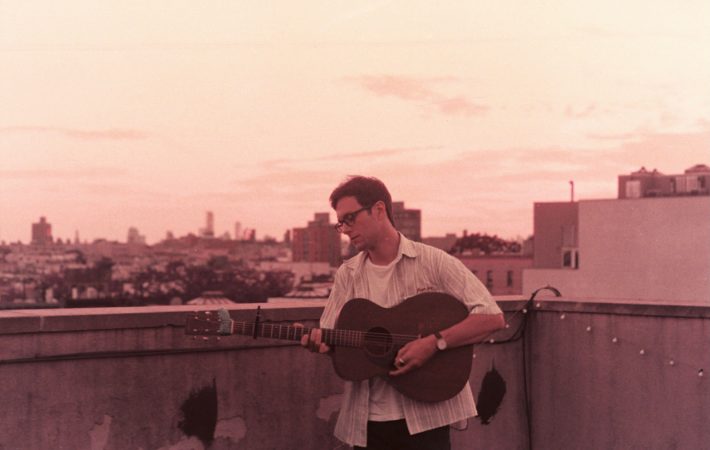 When a talented singer/songwriter, comfortably at home in the folk music genre, adds electronic elements to his music, magic can happen! Swing States, the new EP by Ross Newhouse proofs this concept right. The production of the three tracks on the EP is stellar, evoking the sound of eclectic folk-pop grandmaster Sufjan Stevens and the likes. I chose “Ohio” as our Song Pick of the Day because I love the quiet, re-assuring built of this track in particular: delightful fingerpicking, appealingly diverse instrumentation, held together by the New Jersey artist’s warm and effortlessly enchanting vocals. I had reached out to Ross, asking him for more background about “Ohio,” and he says:

I wrote Ohio almost ten years ago as I was leaving for college. Over the years, I played in different bands and wrote tons of songs, but this one always stuck with me. Maybe it was because I knew very little about songwriting at the time, yet still produced something beautiful and meaningful to me. Maybe it’s because, after 10 years, I finally found a sound that accompanies the lyrics so well. Whatever it is, I’m delighted that this song has been by my side and I can finally support it in the way it has supported me.

While searching for “Ohio” on YouTube, I came across this live video at The Delancey from February 29th, 2020. I’ve been doing event management for the Lower East Side music venue for more than three years and this was the second to last Saturday I still worked there because this global virus brought things to an abrupt halt! Might very well be, that I’ve met Ross when sound checking or so. So much for nostalgia and how benign events can become meaningful.

Check out the live version of “Ohio” and then give all three tracks on Swing States a listen:

Connect with Ross Newhouse on Facebook, Twitter, and Instagram and add “Ohio” to your playlist as we are adding it to our #glamglarepick playlist on Spotify and AppleMusic: