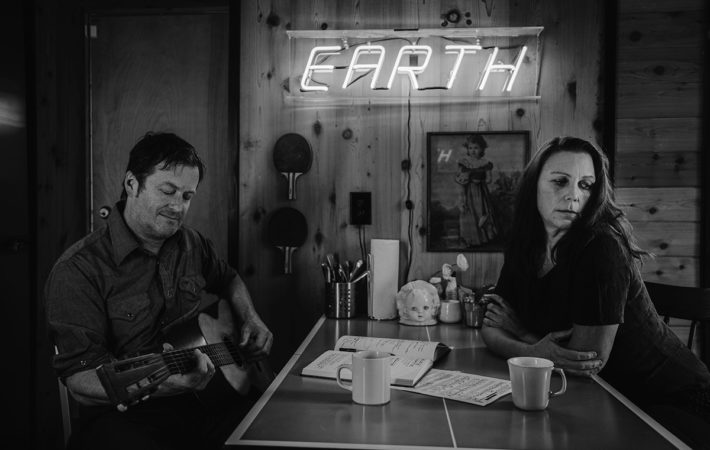 It does not often happen that a song makes me cry halfway through, especially not since I had listened to “Little Earl” two times prior without shedding any tears. Maybe because I was on a bus, perhaps because I didn’t entirely focus and didn’t watch the accompanying video, which picks up the song’s mood exquisitely. The new single by Oregon’s The Delines is one of those pieces that enchant you with its beautifully moody melody, and then they really get to you with the song’s lyrics and the underlying story. Add gorgeous instrumentation and spectacular vocals, and ready is a song for the ages. Let’s hear what songwriter and guitarist Willy Vlautin (Richmond Fontaine) says about the song:

“Little Earl” was one of the first tracks I brought to ‘The Sea Drift’ rehearsal sessions, and as it turns out the one that helped create the sound and feel of the entire record. It’s a soul/Tony Joe White inspired groove, and Cory Gray’s horn and string arrangements set the cinematic tone for two brothers who get in a shoplifting-gone-wrong incident at a mini-mart outside of Port Arthur, Texas. I love songs that just drop you in the middle of a scene and that’s what we tried to do here.

They tried and they accomplished what they set out to do, because “Little Earl” is magnificent! Aside from Willy Vlautin, The Delines are comprised of vocalist Amy Boone (The Damnations TX), keyboardist and trumpeter Cory Gray, drummer Sean Oldham, bassist Freddie Trujillo.

Listen to “Little Earl,” our Song Pick of the Day, and make sure to watch the cinematic video too:

“Little Earl” is taken from the album The Sea Drift, out February 11, 2022, which you can pre-order here. Connect with The Delines on Facebook, Twitter, and Instagram and add “Little Earl” to your playlist as we are adding it to our #glamglarepick playlist on Spotify and AppleMusic: