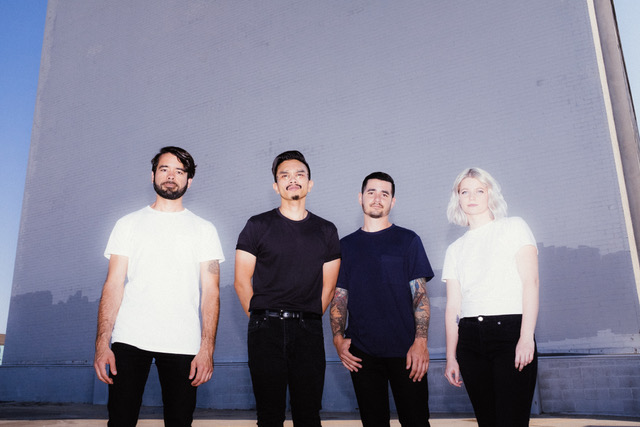 Earlier this year, we came across Los Angeles-based indie-rock quartet Cuffed Up and featured them in our Videos of the Week series. Now they landed on our radar again with “Terminal,” another fantastic song albeit far more gripping video. It’s not something I enjoy watching, but that might be exactly the point. Lead singer Ralph Torrefranca says about the song:

“Terminal” is the most personal song I’ve ever written. I suffer from serious health OCD that is borderline crippling at times. I wanted to write a song that projects the anxiety & irrational thoughts that my body & mind go through during my worst “episodes.”

He explains further about the video:

Brian had such a great vibe to be around! He turned our long shooting day into a really fun hang and played the doctor perfectly. Between his cameo and Ben Mehlman’s unique direction for the video, we’re proud of how it turned out!

“Terminal” can be found on Cuffed Up’s excellent EP, which they worked on together with producer Brad Wood (Touché Amoré, Smashing Pumpkins, Liz Phair.) The result is a swirling post-punk with lots of shimmering guitars, high-energy bass and drums, and fascinating vocal deliveries. We dig “Asymmetry” and “Terminal” in particular. Listen to “Terminal,” our Song Pick of the Day:

Connect with Cuffed Up on Facebook, Twitter, and Instagram and add “Terminal” to your playlist as we are adding it to our #glamglarepick playlist on Spotify and AppleMusic:

Give the video a little time as well: