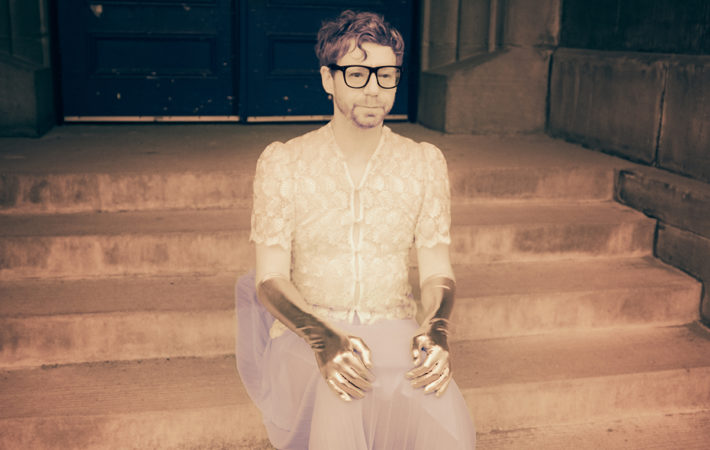 Canadian singer/songwriter Matthew Swann, artistically known under the moniker Astral Swans, just released a beautiful, new self-titled album of which we feature the moody “Spiral.” For that single, Swann enlisted the lovely vocals of Julie Doiron, who lends the moody track an airy and optimistic vibe.

This was the first song I wrote after Covid quarantine, in March 2020. It’s about seeking out joy, and trying to escape pain in ways that backfire, within reference to the hamster wheel of late stage capitalism; consumerism, addiction, neoliberalism, the reduction of identity to social media posturing, etc ad infinitum. It’s about trying to escape something that seemingly has no escape, in spite of its glaring foolishness and lack, and the desperation which it brings to a person’s humanity. In the studio we went for a 1970’s wrecking crew polished country vibe speckled with synth exploration a la Stereolab and Broadcast. Once again Julie’s vocals are the cherry on top. When I sent the final album to Jim Bryson (who’s one heck of a producer in his own right), He simply replied “you have Julie Doiron on it, you’ve already won the war.”

And now we only need to win the battle, because we’re in it all together! Listen to “Spiral,” our Song Pick of the Day, and then continue with the entire album:

Connect with Astral Swans on Facebook, Twitter, and Instagram and add “Spiral” to your playlist as we are adding it to our #glamglarepick playlist on Spotify and AppleMusic: