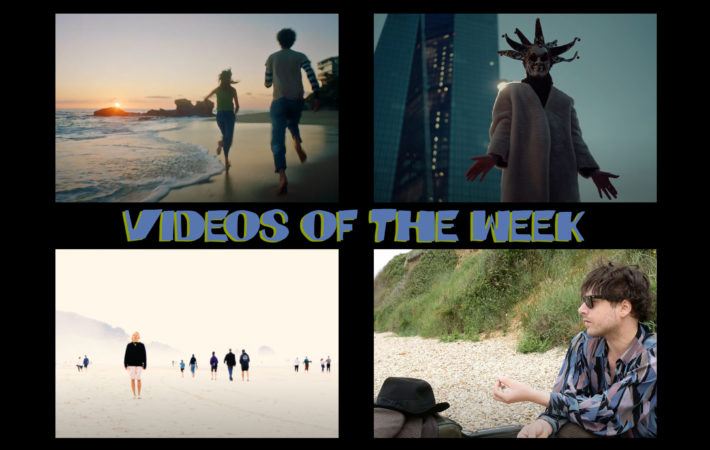 Alix Page is far younger than 25, so she does look way into the future in her new song, reminiscing about a past relationship. The rest of us can take her video at face value and indulge in nostalgia about a carefree, seemingly perfect summer love.

Calling Berlin her home, born and raised further up North in Wismar, Germany experimental artist ANIQO also enjoys the occasional trip to London, where she gigs at any of the cool Nottinghill venues. Earlier this month, ANIQO released the atmospheric “Fear” and adds a cinematic music video to the mesmerizing single.

The video is directed by Matthias Pfeiffer, and asked about the video’s concept, Anita Goß aka ANIQCO says:

The video symbolizes confrontations with various fears… Matthias and I have a similar perspective on the world, also in aesthetic terms.  To visualize the feeling of a song is not easy but we managed to do that here.  Fear has many faces and I became even more aware of that during the shoot.”

Corrina Repp’s beautiful piece about coping with grief and loss comes with a slow and meditative video. “Count the Tear Drops” is from her upcoming album “Islands” out on November 12 via Jealous Butchers.

Corrina says about the song:

“In order to be able to move through and past grief, one must look into its eyes and name it. ‘Count the Tear Drops’ is about sitting with pain and loss and trying to find a way to live with it. Somehow the sun still rises and we are still here celebrating the smallest of things that keep us going.”

Jamie Perrett is a solo artist and producer based in London, creating beautifully comfy rock songs. About his latest single and video, “Angel of Santiago,” Perrett says:

A short song but a much greater love story. Written in tribute to an under-appreciated guardian angel, “Angel of Santiago” chronicles the mistakes and pitfalls to be encountered along the perilous journey of life…. I could not have survived without the (lost) “Angel of Santiago.”

We love the backstory to the song and its visuals and enjoy its quiet and hopeful flow. There’s something very reassuring by the words ‘angel’ and ‘Santiago’ alone.