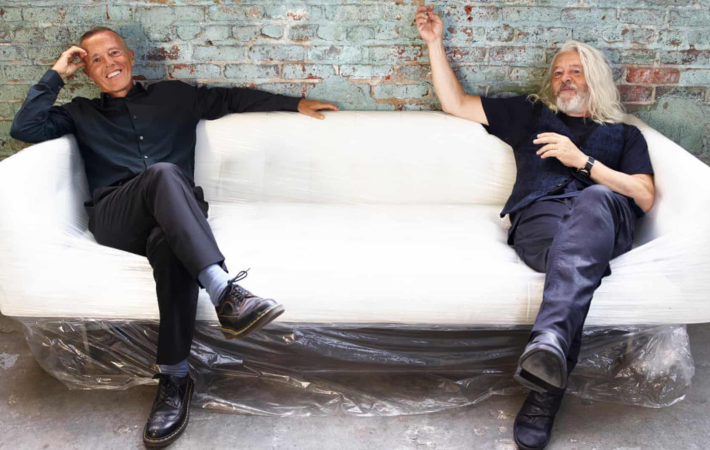 While on a little birthday vacay in Upstate New York, I learned that my all-time favorite band Tears For Fears have a new single out. Of course, I immediately stopped the album we were listening to (Perverse by Jesus Jones), and put on “The Tipping Point,” playing it for a little while on repeat. If you only know Tears For Fears from their second studio album Songs from the Big Chair, of which basically every track became a major hit single, and never followed any other of Roland Orzabal and Curt Smith‘s other works, you still would want to give their new single a spin.

Artistry and immense creativity aside, if you think about it, it is really hard to come up with something new, fresh, and relevant. “The Tipping Point” sounds fantastic, with Orzabal and Smith at their best! It is comforting to know that after their rollercoaster relationship, they once again found a common ground and continue to make music as a duo again. Tears For Fears even have an album coming out on February 25, 2022: The Tipping Point.

Can’t get enough of “The Tipping Point” and all things Tears For Fears? Neither can I, hence I’d like to suggest the brilliant interview in The Guardian that might offer lots of new insights, even to the biggest fan. I am very much looking forward to the new album because if the title track is any indication, it will be nothing short of stellar and something for long-time Tears For Fears and new-ones alike.

Listen to “The Tipping Point,” our Song Pick of the Day, and also check out the cinematic video, directed, photographed and edited by Matt Mahurin:

Connect with Tears For Fears on Facebook, Twitter, and Instagram and add “The Tipping Point” to your playlist as we are adding it to our #glamglarepick playlist on Spotify and AppleMusic: