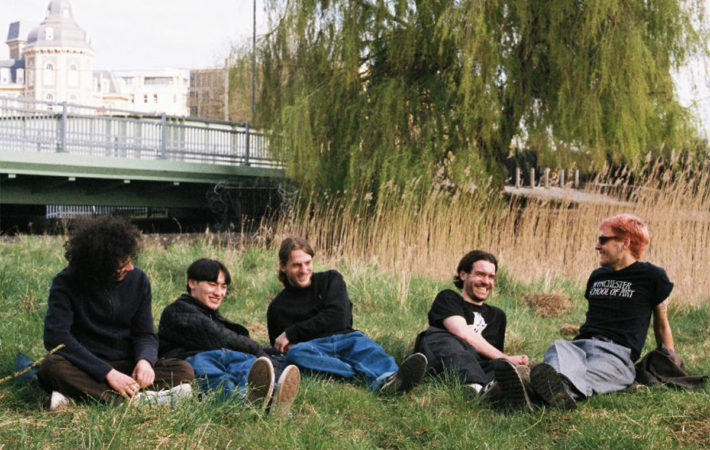 When I woke up this morning, the first song I heard streaming on the radio was “Creep” by Radiohead, a song that was ubiquitous in the early and mid-90s with its famous lyric “So fuckin’ special, I wish I was special”.

The band says about the track:

“Do You Think I’m Special?” is a song about social anxiety. It’s about constantly being concerned with things that are usually only noticed by yourself, not by the people around you. The lyrics point out these insecurities throughout the song until an instrumental breakdown/outro, which symbolises closure and letting go of all those feelings.

I wish this was possible, to wash away those feelings by simply listening to the music of DAMEFRISØR but it certainly eases them a bit, places a slice of indie-rock bliss over any dark thoughts. Kazhi Jahfar (vocals), Nyle Dowd (drums), Garin Curtis (guitar), Jamie Brown (guitar), and Sam Nobbs (synth) met in a Bristol club one night, the year was 2019, the year before everything got messed up and super complicated. The five stayed together though and it’ll be exciting to follow them on their musical journey!

Listen to “Do You think I’m Special,” our Song Pick of the Day:

Connect with DAMEFRISØR on Facebook, Twitter, and Instagram and add “Do You think I’m Special” to your playlist as we are adding it to our glamglarepick playlist on Spotify: