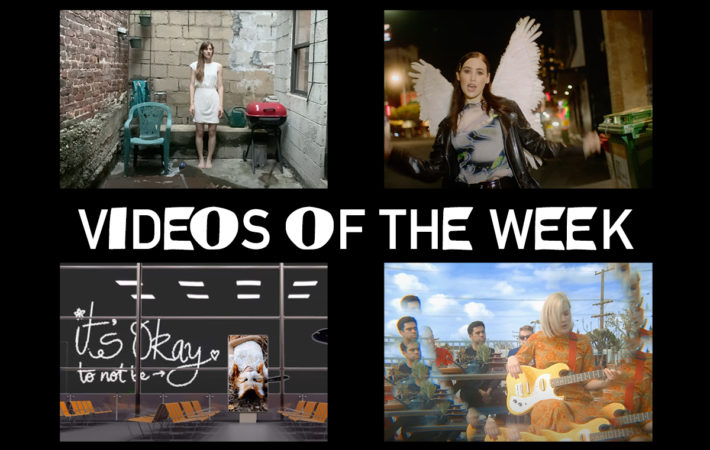 Aerhart – Hold Me Closer, Give Me Space

“Hold Me Closer, Give Me Space,” the latest single by Brooklyn-based singer and producer Amelia Wellers aka Aerhart was our Song Pick not long ago. Now Amelia adds an intriguing DIY video that also shows how “outdoor space” often looks like in a big city.

There is a plane, a phone and lots of tears in this video by West Coast musician Catbells. Artfully filmend and enriched with animations the visuals complement the melancholic dream pop perfectly.

Hatchie the project of Brisbane, Australia’s Harriette Pilbeam, who says about the song and video:

“This Enchanted” encapsulates everything I wanted to do moving forward from my first album. I started writing it with Jorge and Joe in February 2020 and completed it from afar in lockdown later in the year. We had been talking about making something dancey but shoegaze.

It’s one of the more lighthearted, lyrically vague songs of my new recordings about falling in love; it’s not a perfect relationship, but you’re enthralled by one another and it’s an easy love. It’s one of the most fun songs I’ve written, so it was a no-brainer to pick it as my first solo release in almost two years. It feels so right to be working with a label as exciting as Secretly as I step into new territory with Hatchie. I’ve been counting down the days until its release for a long time.

This sweet lightheartedness comes beautifully across. It is absolutely impossible to not be smitten with “This Enchanted.” Any resistance is futile. Just watch the video now:

From their upcoming sophomore album, We’re Trying Our Best comes “Five Star Diary” a lovely upbeat song, with a sweet video. California-based Sweet Nobody say about the video that it was “filmed at home, pre-pandemic, when filming a music video at home was still a novel idea.” Don’t we all remember that? Or before “bedroom pop” was not just a necessity but a choice?
Watch the video, directed by Julia Lebow, now: