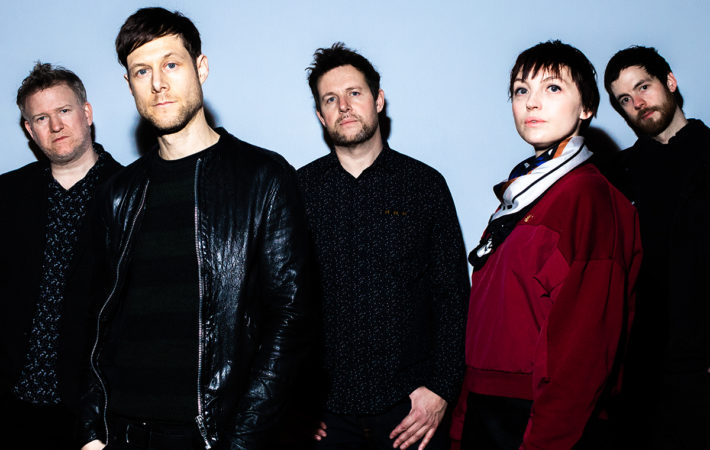 Manchester alt-rock collective Sea Fever release the urgent, intense, and utterly irresistible “Afterthought.” The track marks the latest single from their upcoming debut album Folding Lines, with a release date of October 22nd. Sea Fever is fronted by Iwan Gronow (Haven, Johnny Marr) on vocals and guitars, alongside singer Beth Cassidy (Section 25). The collective also features New Order’s Tom Chapman on bass, guitars, synths, and programming, and Phil Cunningham on guitars. Responsible for the pulsating drum beats is Elliot Barlow. The illustrious names alone would have made me want to check out the song but even better, I loved “Afterthought” immediately and learned only later more about the band. When asked about their new single Sea Fever say:

“Afterthought” is themed around accountability. It originally started as a jam between Tom and Phil during soundcheck, we then developed the breakbeat groove around Beth and Iwan’s vocals doing a question answer on the verses and sing together on the chorus.

Listen to “Afterthought”, our Song Pick of the Day:

Connect with Sea Fever on Facebook, Twitter, and Instagram and add “Afterthought” to your playlist as we are adding it to our glamglarepick playlist on Spotify: