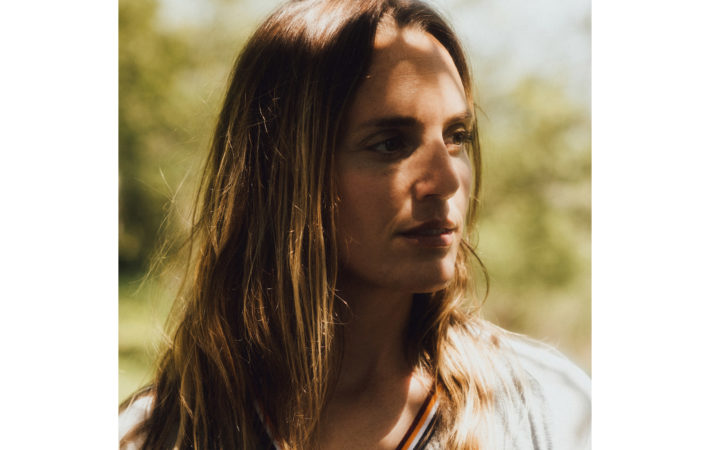 Shaunna Heckman is a singer, songwriter, and producer from Duluth, Minnesota. Her latest song “Cradle the Sound” is a dreamy, ethereal piece of synthpop for which she collaborated with Julie Kathryn aka I Am Snow Angel. Shaunna recalls how this came together:

“Julie has been an inspiration for a long time in regards to female music producers. I remember having a call with her years ago when I was on the fence about whether I should keep going with music or not as I had a young child, was getting older and was needing to either commit to music fulltime or change my career. The idea of diving in to learn the role of production was overwhelming. She was so encouraging and continued to be a mentor as I eventually took the leap to stick with music. I applied to Berklee College of Music and shortly after was awarded grant funding to co-produce a track with Julie.”

She goes on about the songwriting process:

“This song was completed over a 9 month period of time. I started with a general sonic vision and sent her the roots of what I had. We exchanged files, melody ideas and had in-depth Zoom meetings to bring the song from its foundation to completion. She also provided production tutorials as we created this track which was incredibly helpful for my skill development. My voice is my primary instrument so I try to get as creative and unique with the production elements as possible. Julie did an amazing job at chopping up the vocals to create rhythmic textures. It was a really great experience bringing this to life. In my opinion, Julie is a highly reputable woman in the music industry and I am incredibly grateful for the experience. The song is about taking leaps and risks in order to pursue goals, dreams and happiness as messy and chaotic as that can sometimes be.”

Shaunna is also engaged with Beats By Girlz, a global non-profit that addresses the gross gender imbalance in the music producing and engineering fields.

Listen to our Song Pick of the Day, “Cradle the Sound,” here: