VIDEO PREMIERE: The Beautiful Fear – Love Me You 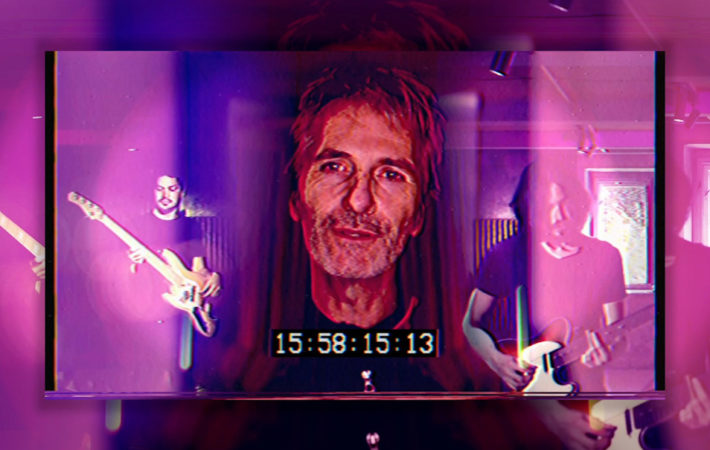 VIDEO PREMIERE: The Beautiful Fear – Love Me You

After releasing two brilliant albums, One in 2016 and The Waltz of the Moonshine Blind in 2020, The Beautiful Fear invites us today to “Love Me You,” which we are excited to premiere. Behind the moniker is the British songwriter, singer, guitarist, and producer Matthew Bannister, who divides his time between Brooklyn and Miami. The characteristics of The Beautiful Fear’s music are its epically lush sound, paired with a cinematic and deeply personal narrative, and soothing vocals to get lost in.

In the video “Love Me You,” Bannister appears like some sort of magician who takes us under his spell. The prominently put ticker is a stark reminder that there will be an end to our time on earth visualized in maybe its purest form. Time is literally ticking away. Bannister says about “Love Me You:”

I wrote the song back in the summer of 2014 in rehab in Michigan. Because ‘The Waltz of The Moonshine Blind’ (double album release August 2020) finishes at my arrival at rehab this track didn’t fit that concept. It neither fits the concept of my next album ‘Where Influencers die’ and is, therefore, a single in between these larger narratives.

We remember well the Saturday afternoon in May 2016, when we were lucky to be part of the live performance premiere of “Love Me You.” Back then, in its stripped-down yet not less powerful acoustic version, the song stuck! The more we are happy to premiere the video on glamglare. As with all of The Beautiful Fear’s music, it comes with a deeper meaning, inspiration, and story around it. Bannister reveals:

The rehab center (BRS) had instruments and I was attempting to distract and console another Matthew who was detoxing from Oxy. He was in much worse shape than I. I was in for the Cabernets & Bombays etc. The idea and lyrics for the song were born out of conversations we were having about how we had let our partners down with our addiction. Ending up in rehab results in an Everest of shame. The overall idea in the song is simple. You can’t properly love your partner if you don’t love and look after yourself. Ultimately it Is a song dedicated to my best friend and wife Rose.

The song was recorded slowly over lockdown with my dear friends and twin brothers Andriy and Vasyl Matsola who are based in Lviv Ukraine. Friends I met when giving a talk on design and representation in Lviv just before Covid kicked off.  This three-piece is for lack of a better term “The Beautiful Fear 3.0”.  We are currently working on the next album together and it’s going really well.

The universal truth that we must love ourselves first before we can love others together with the irresistible melody and captivating imagery resonated with me deeply. Without further ado, watch “Love Me You,” our Song Pick of the Day and video premiere:

Connect with The Beautiful Fear on Facebook, Twitter, and Instagram, and add “Love Me You” to your playlist as we are adding it to our glamglarepick playlist on Spotify on Friday, after its release on all major DSPs.