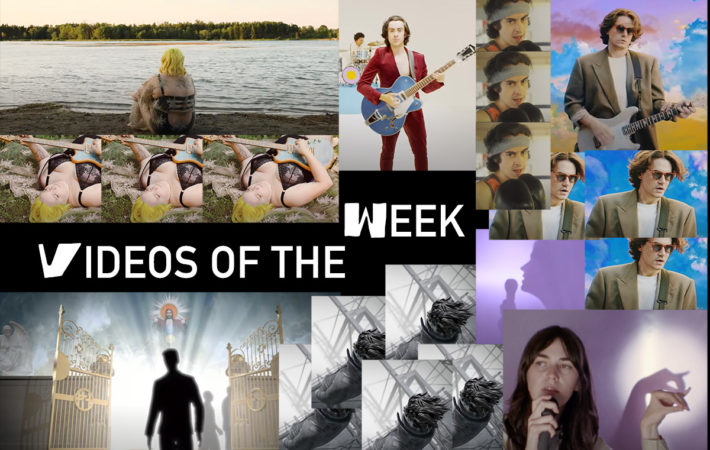 Basement Revolver is a four-piece from Canada who released their debut album about three years ago. They are back with a new single, “Skin,” and a courageous video about Chrisy Hurn-Morrison’s struggle with body acceptance.

Dylan Chambers – Me Vs. Me

Los Angeles-based pop, funk, soul guitarist and powerhouse vocalist Dylan Chambers releases the beautifully funky “Me Vs. Me” including a fun, tongue-in-cheek video. The music clip is directed, filmed and edited by Justin Frick and we like how it makes us feel: good! As simple as that! Chambers says about his new video:

I found it fascinating to learn the sport, and it became clear to me that boxing wasn’t entirely different from performing, or singing and playing guitar at the same time. It’s been great for my anxiety, too – all these moving parts and having to think about a bunch of different combinations at once. I think I’ll continue doing it!

Geoff Westen – I Know What Your Love Can Do

We loved watching “I Know What Your Love Can Do” on our big 42″, to being able to fully appreciate the grandeur of the music clip. It is stunningly beautiful and can easily hold several sessions of watching it without getting tired. West coast-based Geoff Westen says about his newest single and video:

Has anything ever happened to you that was so profound that you thought you had died and gone to heaven? That’s what this song is about. The bold hi-flying leading man in this video is smacked hard by the beauty and grace of a gorgeous creature. She overtakes his being as he asks over and over – “Am I Alive – Or Did I Die?” This video is another masterpiece put together by mon ami Jean-Louis. (Vous nous manquez beaucoup) who lives forever in all of his video creations.

Watching a John Mayer music video, all I want to be offered is the superstar himself, in a pleasant setting, playing guitar, and singing a song. Can be any song, really but with “Wild Blue” it’s one of the tracks of his new Sob Rock album, which is beautifully and unapologetically 80s. The Mathew Miguel Cullen-directed video sees the acclaimed singer/songwriter, guitarist, and producer in a surreal setting that doesn’t take away from him but only makes us wonder and at times smile. Perfect little escape for about four minutes.

With “Dyan,” Montreal musician Lauren Spear aka Le Ren, celebrates her mother, who she feels connected to even over a long physical distance. The heartwarming song is even better when savored with the artful video. Director Ali Vanderkruyk explains:

“This video is an ode to the touch and gestures taught to us by our mothers/guardians…The visual impressions we learn in childhood that dictate our ways of seeing and understanding the world. And for Le Ren, who has such a strong commitment to given and chosen family, the practice of these gestures come as naturally as breathing. To display her warmth feels integral to her music.”