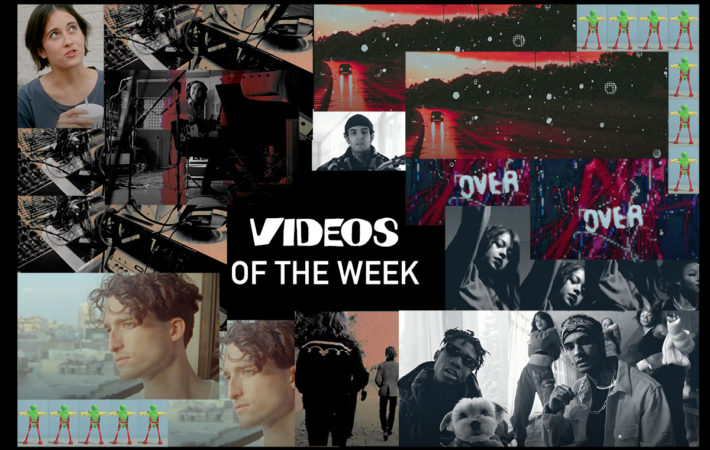 We can never say ‘no’ to a well-made band video and this one comes with such a charming, heartwarming story that makes it impossible to not enjoy “Never Enough,” by London desert rockers The Howlers. And hey, there are many things in live that are ‘never enough.’ Here’s what the band says about their new single and video:

When we first wrote ‘Never enough’ we didn’t have any money to rehearse so we set a drum kit up in Cams room and then made as much noise as possible before the neighbours came home from work, we didn’t even have a title for it until we went into the studio and even then it had the nickname ‘Match Of e Day’ as to us it sounded like it belonged soundtracking the goals of week, it has a raw simplistic energy to it those tracks only come along once in a blue moon.

Ugh… we picture an empty house, being lost in the music, when suddenly everybody comes home from work, putting a short stop to your creativity. The band’s frontman continues:

The track really speaks for itself, it’s simply about wanting more from life, I was taught growing up if you want something you’ve gotta fight for it, Don’t give up on the journey, the ups and downs, having to sometimes suck it up and get on with it, that’s what it’s all about.

The video is filmed, directed, and edited by Marieke Macklonvideo. Watch it now:

Jess Chalker is a London-based singer/songwriter originally from Australia. Her new song “Don’t Fight It” is the first single from her upcoming album “Hemispheres.” The video is much more intriguing than it may look at first glance: it evolves like a living mixed-media abstract painting. Jess says about the song:

“There’s a bittersweetness to ‘Don’t Fight It’ that I love… It feels both joyful and sad to me,” notes Jess. “It was written at a time when I was going through some personal stuff, trying really hard to please everyone, not really knowing where I fit and becoming someone I wasn’t. In the end I really surrendered to that feeling of being lost, because acknowledging that made me realize I needed to change where I was going.”

Nation of Language – This Fractured Mind

We have New York’s darlings Nation  of Language on our radar for quite a while, and a song like “This Fractured Mind” only proofs that this is a band to follow. Simply so good! We love the song AND the music video, not just because a New York backdrop is always a winning video ingredient in our book. That it plays partially in our ‘hood adds to the appeal. Discussing “This Fractured Mind” songwriter/vocalist Ian Devaney says:

After I dropped out of college I spent a number of years delivering pizzas and waiting tables while I lived at home and tried to get a music career going. One ends up spending a lot of time contending with unrealized dreams and feeling jealousy towards those who have moved on. There’s an inferiority complex that can set in, which if unchecked, can lead down a pretty bitter and self-destructive road. This is a song for driving down that road, as indecision and longing and regret cycle together into mania, until finally, at the end, quiet acceptance and peace wash over.

We’re fans of NOPRISM from the moment we first came across them, two months ago.

I’m always fascinated (obsessed) about the idea that for every action there is an equal and opposite reaction, and the idea of love is no different. Very often you see people giving up important things or opportunities in their lives for the sake of love. But obviously it’s why we’re all here, and the positives that it brings is what makes us human.

The push and pull are beautifully executed in the music video. Watch the video, with footage by Cottonbrow, now: