SONG PICK: The Wilderness of Manitoba – The Alchemist (Video) 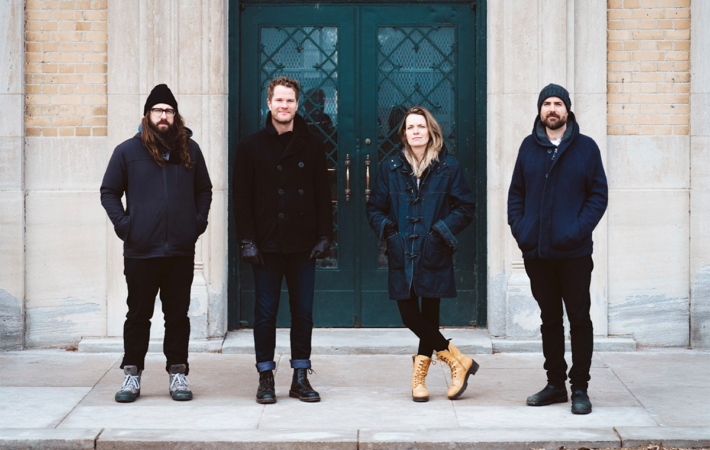 SONG PICK: The Wilderness of Manitoba – The Alchemist (Video)

Canadian indie-folk rockers The Wilderness of Manitoba  delight once again with their new single and video “The Alchemist.” From the start, we are enveloped in a cozy blanket of harmonies and beauty. Halfway through, the feelings of bliss intensify and threaten to change for a few seconds yet in the end, we stay on an optimistic path, and “The Alchemist” ends in serenity.

When asked about the creation of the song, the band says:

This song was inspired by a trip to the northern side of Algonquin Provincial Park a few years ago. After a significant weekend up north, the songwriting thankfully revealed itself.

The mood of “The Alchemist” is yearning through dreams yet also searching for something without quite being able to realize what it is. It’s story is a series of comparisons: the alchemist is looking for gold in the silver lining in the same way that we try to hold on to our fleeting memories. He tries to recall memories without knowing whether he’s capable of doing so.

Filmed and edited by Will Whitwham, the video is striking in its changing moods, reflecting the song’s flow, and the band says:

Taking footage that was filmed across all four seasons, the scenes travel across memories of touring, old haunts, and locations that I used to live or frequent and connects them with my current surroundings.

Listen to “The Alchemist,” our Song Pick of the Day, and check out the video too:

Connect with The Wilderness of Manitoba on Facebook, Twitter, and Instagram and add “The Alchemist” to your playlist as we are adding it to our glamglarepick playlist on Spotify: