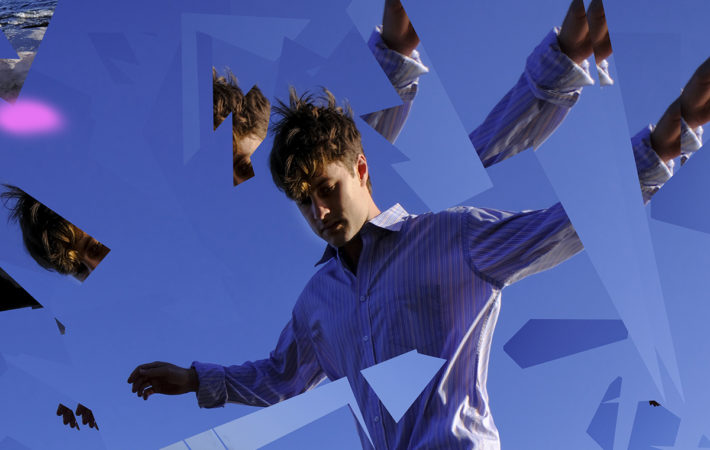 Matthew Field, aka M Field, moved from his home in Capetown, South Africa, to London, the U.K, in a change of scenery. In the process, he also gears up for the release of his self-titled EP, due September 2nd. From the EP, we already came to love “Gargoyle,” “Leafy Outlook,” and “Andrew” and are now adding “Fiona” to the eclectic mix. Field is famous in his home country as one-third of pop trio Beatenberg, who created South Africa’s biggest airplay hit with “Pluto.”

When asked about “Fiona,” Field says:

I had the idea for ‘Fiona’ at a place called Port Shepstone on the east coast of South Africa. My band was doing a gig there and I went for a walk on the beach and I sang this melody. The name came with the melody – ‘unbidden’ as they say (do they say that?). I made a note of it and when I got back home I did a rough arrangement of it. That demo hung around for a long time, with very buzzy guitar takes and no verses. Then last year I finished it, added the verses and produced and mixed it with Bullion, over the phone/internet between Cape Town and London. It is obvious, but I will add that the guitars are inspired by Congolese rumba and soukous music, which I deeply love. I don’t know what the song is about, and used to worry about it. At some point I realised that the repeated names might be separated by a comma, creating two Fionas.

Listen to the gorgeous “Fiona,” our Song Pick of the Day, and watch the lovely video, directed by Jarred Figgins, too:

Connect with M Field on Facebook, Twitter, and Instagram and add “Fiona” to your playlist as we are adding it to our glamglarepick playlist on Spotify: