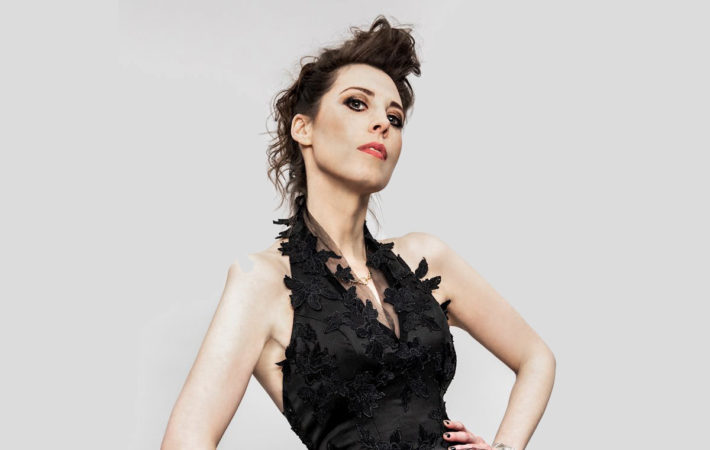 Louise Aubrie is originally from London, but she spends equal time in New York City. “Ours, a track from her upcoming album “Antonio,” is a blend of rock and pop elements and features a chorus that will stick in your head for a good while. “Antonio” is a concept album and will be released on October 21. Louise tells us the inspiration behind the name:

“The title is inspired by a line from the Jacques Brel song ‘La Chanson De Jacky’: “Même si on m’appelle Antonio” – “My name would be Antonio”. It’s a brilliant fantastical song about fame being fleeting, and imagining how life might be in the future: being washed up, reflecting on the glory days!! Marc Almond did a brilliant cover of it – one of my favourite songs – and I created a vision of who Antonio might be: an aging European lothario going round the clubs. A lot of the songs were inspired by that image – I don’t know anyone called Antonio in the real world!”

Watch the video “Ours” here: