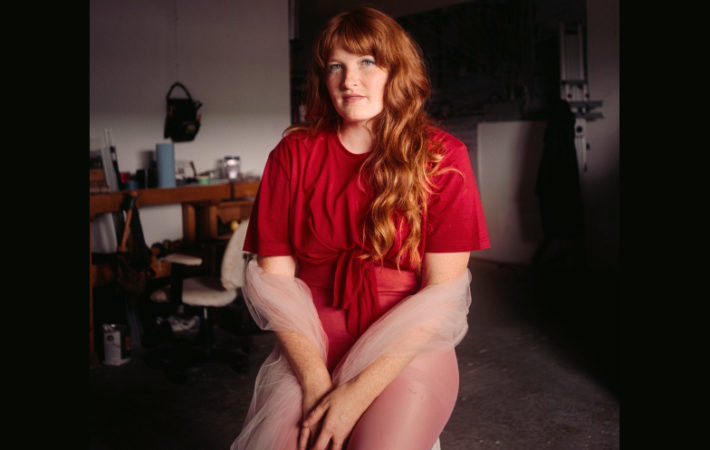 Nova Scotia Songwriter Jennah Barry  takes immediately under her spell with the quietly powerful and passionate “Venus in Heat.” Her new single is co-produced by Colin Nealis, a longtime collaborator and bassist of Andy Shauf. The track also marks Jennah Barry’s first release since her much acclaimed 2020 album Holiday. The beautifully soft, nostalgia tinged “Venus in Heat” couldn’t be further away from being aggressive as ‘heat’ might imply.

This song is about the first few days of falling in love, when you feel great and terrible all at the same time.

We get the thrilling and joyful rollercoaster vibes, and love “Venus in Heat” to the fullest! Listen to “Venus in Heat,” our Song Pick of the Day:

Connect with Jennah Barry on Facebook and Instagram and add “Venus in Heat” to your playlist as we are adding it to our glamglarepick playlist on Spotify: