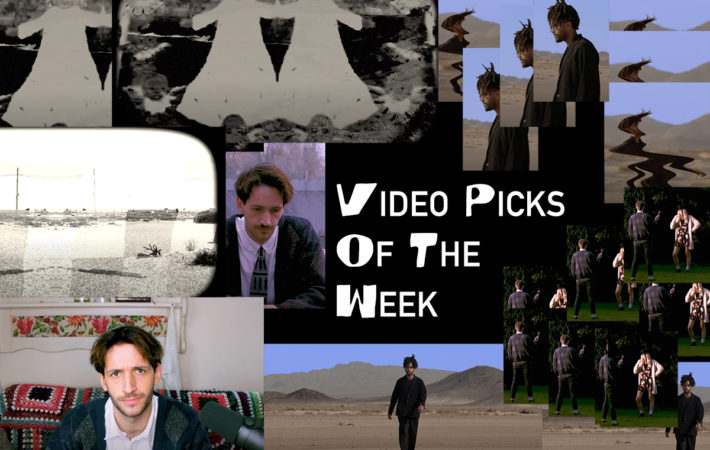 Alice Hubble has been called “one lady at home with her enormous collection of synthesisers,” and she has made good use of her gear for her new song “My Dear Friend,” reminiscent of synth-pop legends like Kraftwerk or Air. The video silent movie-style scenes into a mesmerizing kaleidoscope. The song is inspired by old letters from her late mother. Alice explains:

“My mother passed away when I was in my teens and these letters gave me a real insight into who she was as a person, her ‘newly in love’ giddiness jumping off the page.”

We recently had featured the video “Sleepwalking” by Montreal-based experimental soul band Chiiild. Led by Yonatan Ayal, they continue to keep it with the surreal visuals, and the super cool music. The video is directed by Zac Wolf and Chiiild says:

Eventually is a song about waking up on the wrong side of the bed; when all the little things are harder than they should be. I know eventually, with a little humor, it will all fall back into place.

Far Caspian is the project of singer, multi-instrumentalist and producer Joel Johnston. The latest single “Warning Sign” tells the story of “Car Boot Sale organizer Ricardo LeBlanc won back his darling wife, Jolene.” Far Caspian is super hands-on with directing the video and starring in a double role in it too. The result is an utterly charming little film with a soundtrack to dream to.