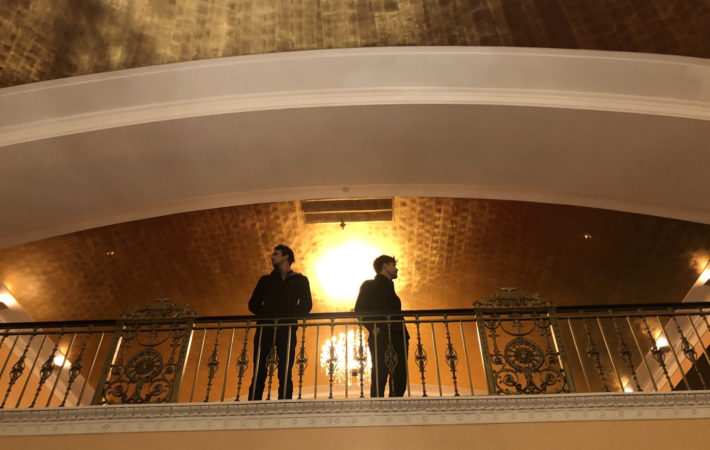 Michigan artist collective Shady Groves landed on our radar in 2016. Their guitar-driven sound instantly resonated with us back then and still does. Throughout the years, the two founding members Adam Fitzgerald and Dylan Caron, expanded the band as seemed fit, but with life throwing its curveballs (or lemons?), they are currently back to their initial lineup as a two-piece. While “Smoulder” is a sizzling hot love song, the sentiment expressed could also go for the changes in their band formation:

I know things are gonna change // But then, they can’t stay the same… can they?

Change is among the few things in life that are a certain constant!

Although not released as a single per se, we decided to feature “Smoulder” as our Song Pick of the Day because it beautifully showcases the blissful dreaminess of Shade Groves’ songs. “Smoulder” marks track number seven on the band’s aptly named 10-track sophomore album Dreamboat (among our favorite albums of 2021). It is easy to get lost in the mesmerizing haziness of “Smoulder” and happily indulge in its utter beauty.

Listen to the entire Dreamboat, and check out “Smoulder” and its trippy video, created by Elaine Smith, now:

Connect with Shady Groves on Facebook, Twitter, and Instagram and add “Smoulder” to your playlist as we are adding it to our glamglarepick playlist on Spotify: