SONG PICK: Silvertwin – The Night Is Ours 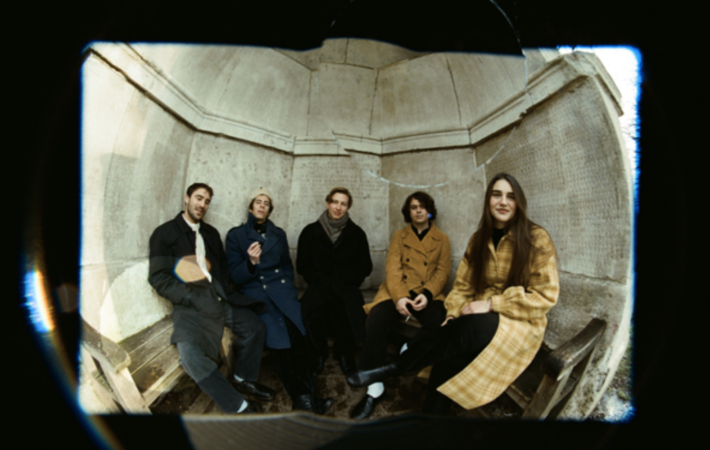 SONG PICK: Silvertwin – The Night Is Ours

British five-piece Silvertwin create music that is less nostalgic than seems to come from a different era altogether. Think Paul McCartney when he and his wife started the band Wings, or when Jeff Lynne and his mates formed the Electric Light Orchestra. It is hard to believe that “The Night Is Ours” is a brand new song and that there’s an entire self-titled album with nine similar tracks, scheduled to drop July 16th, 2021. The familiarity of “The Night Is Ours,” paired with the lush and utterly beautiful vocals of Isaac Shalam, create an irresistible sound that is impossible not to fall head over heels for.

“The Night Is Ours” is a song about the buzz you feel getting ready and going out for a night in London. 4 on the floor drums. The plonky bassline is influenced by the one on Silly Love Songs by Wings. The studio vibe was bouncing. Dan turned up jet-lagged and put down the guitar solo. Spread out around the studio, Lauric and Rado played the Congas and I played the shaker in one take. It was the most fun track to record. We were trying to channel Nile Rodgers with the funky guitar. The bridges had me and Alicia overdub lots of harmonies to create the atmospheric feel.

Listen to “The Night Is Ours,” our Song Pick of the Day:

Connect with Silvertwin on Facebook, and Instagram and add “The Night Is Ours” to your playlist as we are adding it to our glamglarepick playlist on Spotify: