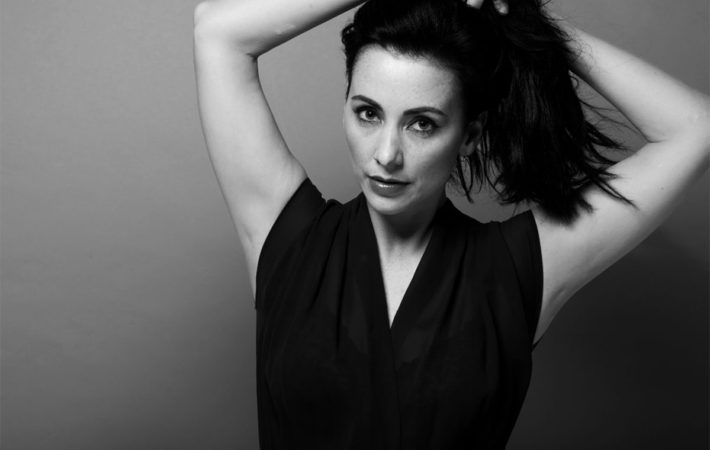 Norwegian experimental artist, composer, musician, and producer Kate Havnevik just dropped the magnificent electro-pop gem “Into Dark,” announcing her upcoming album for fall this year. The track is beautifully brooding, keeping us on our toes thanks to some mesmerizing synths that are paired with soaring yet eerily twisted vocals, all held together by an earthy, industrial production.

Kate says about the single:

The lyrics are inspired by a book we’d both read about people who fake their own death. Most people who do it are either fleeing the law or committing insurance fraud. We were more drawn to the idea of people wanting a second chance, wanting to re-invent themselves, wanting an escape.

Kate has created “Into Dark” together with her long term producing partner Guy Sigsworth (Björk, Madonna, Alanis Morisette) who adds:

While we were jamming on the Lightship, we found this really cool sound using a ring modulator. Kate immediately began singing something beautiful over it. I then realised that, cool as it was, it could only actually play one note. I kept obstinately repeating that note, so as not to break Kate’s melodic flow. It started out sounding like a mouth harp but gradually became much more fierce and aggressive.

Amazing what serves as inspiration and how a fantastic song comes out of it! Listen to “Into Dark,” our Song Pick of the Day:

Connect with Kate Havnevik on Facebook, Twitter, and Instagram and add “Into Dark” to your playlist as we are adding it to our glamglarepick playlist on Spotify: