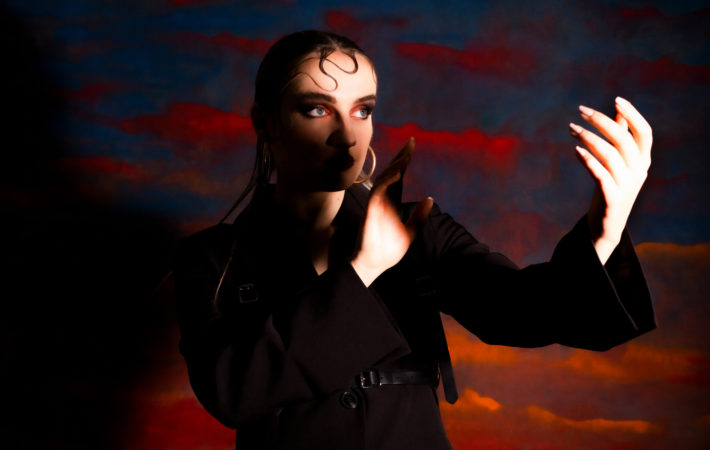 English singer/songwriter Imogen packs a lot of drama into her new song “Bloodbag.” The powerful, cinematic soundscapes, together with the haunting visuals directed by Harv Frost, send you on a trip to the dark regions of the mind. Imogen explains:

“I wanted to write something that depicted the feeling of being out of kilter with yourself – grasping for some sort of control over your own mind, body, existence. I took my literal experiences and used them as imagery to explain some complicated feelings, what happened in the end was an exorcism”

Watch the video for our Song Pick of the Day, “Bloodbag,” here:

Listen to the song on your favorite streaming service or below on SoundCloud: