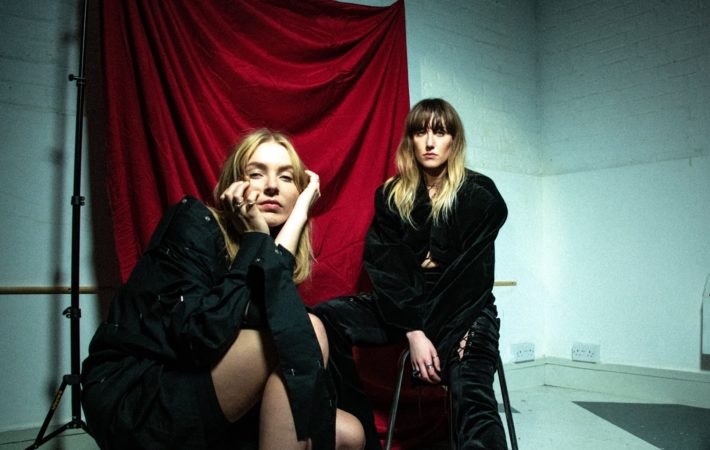 Ahead of their sophomore album shame, British eclectic pop duo IDER release the stunning song and video “Bored.” The track and the captivating visuals deal with -as the title suggests- the same-old-same-old feeling of nothing ever-changing and feeling, well, bored. The music clip was shot in one take on the streets of Walthamstow, by long-term collaborator Lewis Knaggs. Asked about the video, IDER’s Megan Markwick and Lily Somerville explain:

We made this one-shot video in about 45 minutes with our friend and director Lewis Knaggs who had a ridiculously expensive steady-cam. We did four takes of us running down the road shouting at the camera and then got the bus home. It felt like it summed up the energy of the song pretty well.

We couldn’t agree more and this is also exactly what made us love the track in the first place. The visuals, paired with the hypnotic steadiness of the song are magnificent! The album comes out on August 6th and we are ready for it.

Check out the video to “Bored,” our Song Pick of the Day: