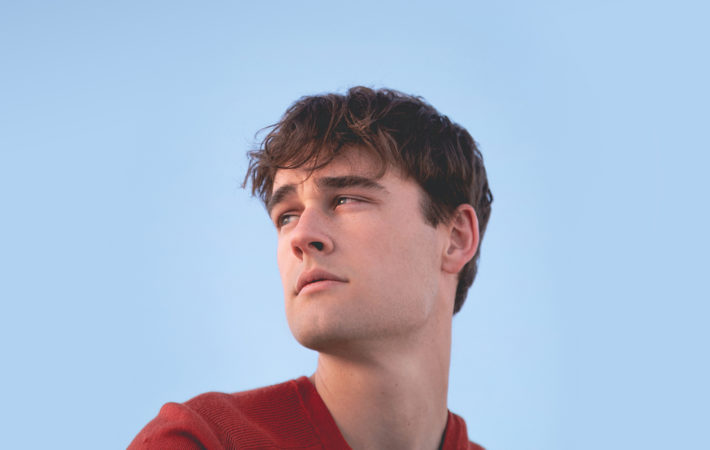 Over the past couple of years, producer, songwriter, and singer Logan Prescott released an oeuvre of highly appealing electro-pop songs and now adds “tongue” to the impressive mix. Logan Prescott’s new single is everything you want your summer hit of 2021 to be: spirited, sexy, and simply irresistible!

Only six months ago, the gifted artist exchanged Dallas, TX with Los Angeles, CA, ready to put his mark on the West Coast’s music scene. With his very own blend of smooth and elegantly produced pop music, Logan Prescott gives us quite a chill John Mayer vibe, always a good thing in our book.

We are very excited to premiere “tongue” today. Naturally, I asked Logan about the inspiration for “tongue,” and he says:

The song idea came to me one day when I was scrolling through album artwork online and spotted artwork that had a picture of an old vintage red car. Something about seeing this car just made me want to capture that aesthetic in a song, and the main line of the chorus just came to me. I grabbed a guitar and started with, “But I’ve got you on my tongue, babe”.

What? Wait a minute! Where is that going now? Sounds like a 360, but I am intrigued. Logan explains further:

I realized in that moment that I wanted the song to be about that feeling you get when you’re in a new relationship, and you can’t stop thinking about this girl, and you find yourself talking about her to your friends constantly and they’re getting so tired of hearing about it and they just want you to shut up. I wanted the song to feel as scandalous as it does, but to have that major theme of “talking” to be the momentum for the song.

Strike! Alone thinking of being newly in love like that gives me the goosebumps; listening to “tongue” does the rest. While the lyrics aren’t explicit enough to require labeling them as such, you can read into it all you want, which makes the track even sexier, as Logan intended. The super-catchy melody and Logan Prescott’s velvety vocals accomplish the rest and turn “tongue” into an inescapable pop anthem.

Listen to the utterly gorgeous “tongue,” our Song Pick of the Day premiere:

Connect with Logan Prescott on Facebook and Instagram and add “tongue” to your playlist as we are adding it to our glamglarepick playlist on Spotify: