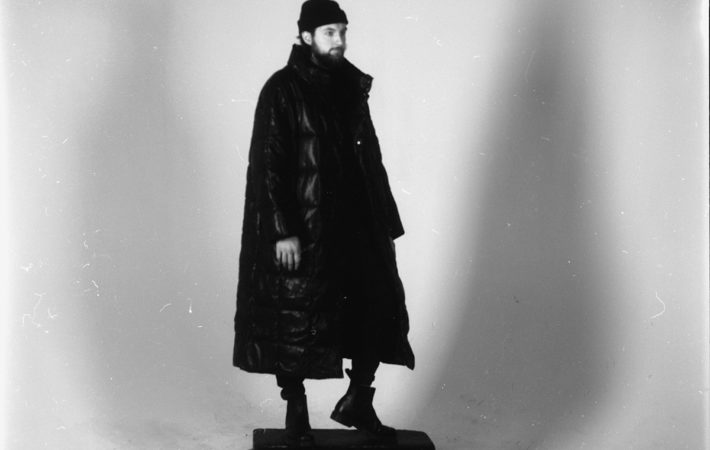 Following the release of “Fear of God,” Utah-based singer/songwriter Trevor Free aka Good Grim puts out the mesmerizing “Roomates.” The track is hypnotizing in its softly gurgling flow, subtle melancholic built, adorned with sprinkles of hope glittering around the edges. With “Roomates,” Good Grim announces the upcoming LP Enchantment. When asked about the “Roomates,” Free says:

I wrote this song early in 2020 as a demo on an iphone voice recorder. It took about a year for the song to become what it was, I tracked another demo in March with instruments– the original files got corrupted so I tracked another in December, and then we scrapped most of those tracks in Eric Robertsons’ studio from March- April, 2021, and re-recorded what you hear now. It’s definitely the most meticulous and the longest process of any track I’ve ever done in my life but I’m in a really good place with where it’s at now. Sure, it’s the classic conundrum of working on a piece of art and reviewing it so often that you can’t tell objectively if it’s good, or if it’s dog shit; however, I’ve put enough of myself and emotional energy into this track to feel good about its final destination.

The familiar proverb that “great things need time” prooves true once again. But also persistence and not giving up, and bringing a gem like “Roomates” to fruition and life. Listen to “Roomates,” our Song Pick of the Day:

Connect with Good Grim on Facebook and Instagram and add “Roomates” to your playlist as we are adding it to our glamglarepick playlist on Spotify: