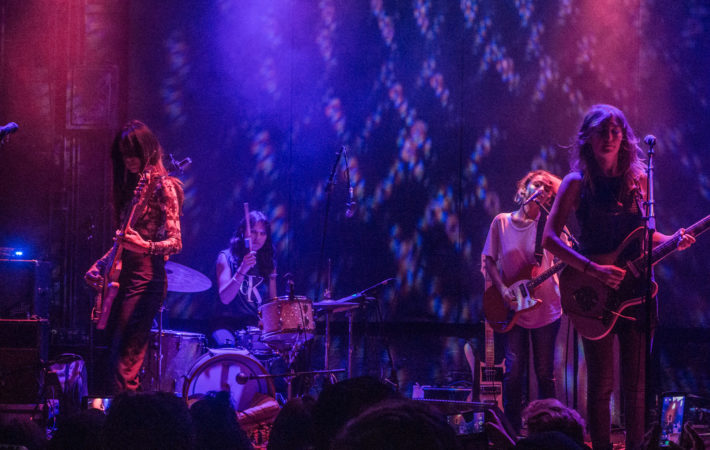 We have heard a new Warpaint song here and there since the release of their last full-length album “Heads Up” in 2016, but nothing that would have pointed to a new body of work. That ends today with “Lilys.” Technically part of the soundtrack to the HBO show “Made For Love,” it is also the first single of their new album. Kind of because that album has no name yet and is only loosely scheduled for next year. But “Lilys” is part of the recordings that Theresa Wayman, Emily Kokal, Jenny Lindberg, and Stella Mozgawa have started before the pandemic. It shows that Warpaint is clearly not yet done with evolving their music.

Listen to our Song Pick of the Day, “Lilys” on SoundCloud or Spotify: