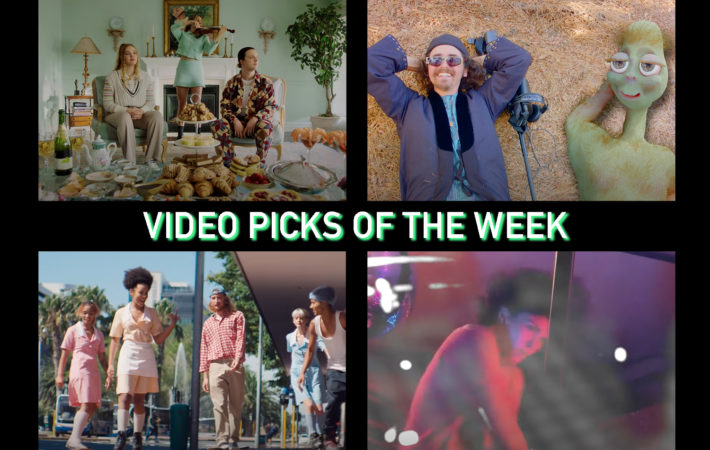 Being rich and famous does not automatically make you happy. Canadian duo Babygirl visualize this fact of life in the video of their new song “Million Dollar Bed,” the latest single of their new EP “Losers Weepers.”

Song and video are as joyful as they are thought-provoking. “Fool” is the new single and music video by Jonny Kosmo, a zany pop artist based in Los Angeles. Jonny Kosmo’s sophomore album Pastry is due out on June 4th, 2021 via Feeding Tube (US) & Dinosaur City (AUS). Pre-order the album here.

When asked about his new single and music video, Jonny Kosmo says:

There are two sides to every coin. “Fool” is about how our character struggles can also be our greatest assets. In this case it is love and connection with another that allows the defensiveness and protection of the fool archetype to shift to that of a fool for life. I aimed to capture the movement from the rigidity of taking ourselves too seriously to the humor of being human. This song is accompanied by a video made by Kevin Kearney, Peter Nichols (animation), and myself.

Hailing from Cape Town, South Africa Mila Smith shares her debut single and music video “Liars and Fakes” that will leave you wanting more. More of the delightful and seemingly honest lyricism and bright pop music. This is an artist who just started out and we will stay tuned to find out what’s next.

There has not been much news from the Californian quartet Warpaint since their 2016 album “Heads Up.” That is why we happily take the cover “Paralyzed” from the compilation “The Problem of Leisure: A Celebration of Andy Gill and Gang of Four.” The dream-like video fits the mood of the song perfectly.