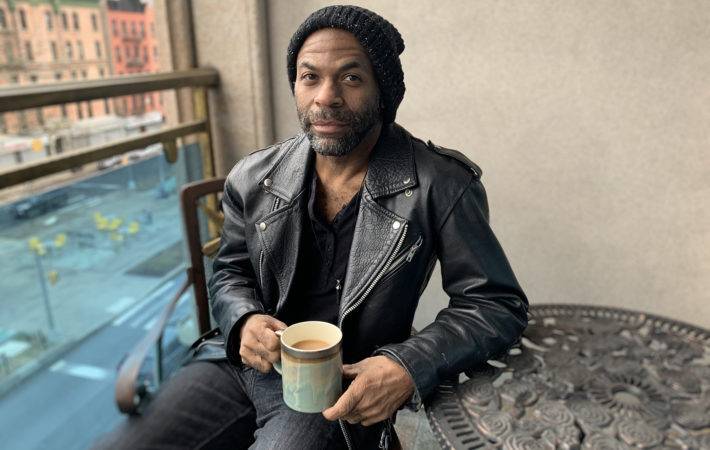 New York singer, multi-musician, and songwriter Kelsey Warren, who makes music as Blak Emoji, just released the somewhat surprising new single “Mechanism.” With this new offering, he is also announcing his upcoming EP. It’s always an exciting moment to hear new works by favorite artists the more so when they advance their sound to a new level. Kelsey told us that he “pretty much recorded this one exclusively [himself] on laptop using Logic,” and he is very much looking forward to playing these new songs but also Blak Emoji classics with the full band lineup as soon as it is safely possible again.

We asked Kelsey about the inspiration for “Mechanism” and he says:

I wrote the song after a breakup a few years ago. It’s mainly about miscommunication and not being able to reach out to someone after they’ve left. And then finally getting a chance to explain your side with hope of salvation. Relationships with communication issues or secrets can turn an easily solved problem into an unsolvable one sometimes.

“Mechanism” is the story of one side expressing their love for another person who may have already mentally left the relationship. Sonically I had a blast putting this together. I feel the track is a unique mix of my electro-pop vibe with a bit more sound experimentation risk. The tune was mixed throughout the last 2 years by a number of engineers, including myself.

We couldn’t agree more! The song is definitely a stand-out number, playing with textures and possibilities, creating something irresistibly alluring. When asked about the production side, Kelsey offers:

I produced, wrote and performed the track in Logic and finally Michael LaVaque mixed it in a beautiful way! This is the first single to the new Blak Emoji album I’ve been working on for over a year. It drops late June finally and is definitely next level for the Blak Emoji catalog.

June will certainly look different, and this is something to look forward to. For now, we enjoy listening to “Mechanism,” our Song Pick of the Day:

Connect with Blak Emoji on Facebook, Instagram, and Twitter and  add “Mechanism” to your playlist as we are adding it to our glamglarepick playlist on Spotify: