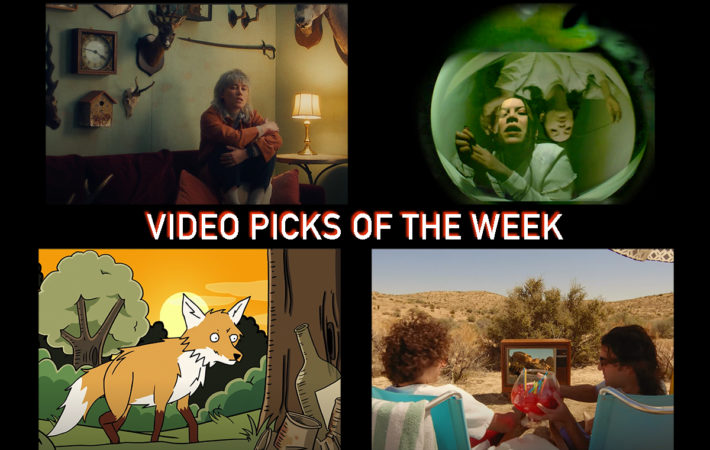 An “ordinary life,” according to U.K. singer/songwriter Annabel Allum, involves dark living rooms with lots of taxidermies. As a musician, she is probably not much used to that, but the circumstances have changed. She says:

“This song is a product of sitting with myself for too long. Yes, it exhausts me to do nothing. For a moment in time, I have had to live an organized, disciplined life. I am a doll in a doll’s house, waiting to be let free, desiring the less ordinary, and the life I could once call mine”.

Norwegian singer/producer Maud has a simple message for you in her new song “Nobody.” However, she is anything but subtle with futuristic, epic sound, accompanied by an artistic video by Signe Dige: “Nobody is gonna love you the way you love yourself” – take it or leave it.

Maud says about the song:

“The idea behind the video was to portray the intimate and sincere self-love described in’ Nobody’ by combining playful close-ups of me in a dark and surreal visual landscape. I shot some videos on my phone in my apartment in Kristiansand, sent it to Signe in Denmark and then she edited it together with some crazy good animations she made!”

Myles Kennedy – Get Along

Alt-rock musician, songwriter, and singer Myles Kennedy certainly speaks for most of us when he asks with the help of his glorious rock vocals “Why can’t we all just get along?” The new single “Get Along” is taken from his upcoming sophomore solo album, The Ides Of March (May 14th). For the single, he enlisted director/animator Ollie Jones, who came up with a music video that doesn’t need any further explanation. Maybe just one more word: brilliant!

Our brand new single, “Sedated,” is a reminder to enjoy not only the destination but the journey too.

Behind The Lagoons are the multi-instrumentalist brothers Ryan and Joey Selan and the video got co-directed by Matthew Genecov and George Sayah. We dig the video’s overall sunny vibe with a good dose of melancholia.