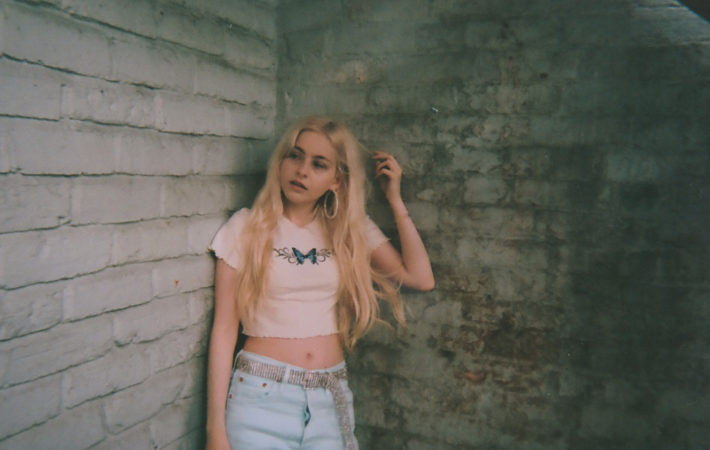 “Strip Lights” is the new single by U.K. singer and producer emzae, who delighted us last summer with her pop anthem “THRIVE.” This time around, she acknowledges that one cannot fly high all the time. But that does not make her let go of the shimmering pop sensibilities she is known for. After all, if you can sing about it, you are already at least halfway out of the slump. She says about the song:

“After releasing an 80s inspired party track for my last single, I wanted to keep showing different sides to my musical personality. Strip Lights is like the opposite of THRIVE. If my last single was about a good night out, I suppose this is about a not so good one. It’s about life with a mental illness, its varying ups and downs and recognising when you’re not in a good place and feel disconnected from the people around you.”

“It’s basically just a really raw, autobiographical piece about how I was feeling at the time. Sometimes I think there are two sides to me – the confident, ambitious and cheerful side, and the quiet, serious side that sometimes struggles with life in general. Maybe to a certain extent we all have those sides. For anyone who’s not really that bothered about lyrics and song meaning, it’s basically a nice chilled-out mid tempo ballad-y thing.”

Listen to “Strip Lights,” our Song Pick of the Day here: