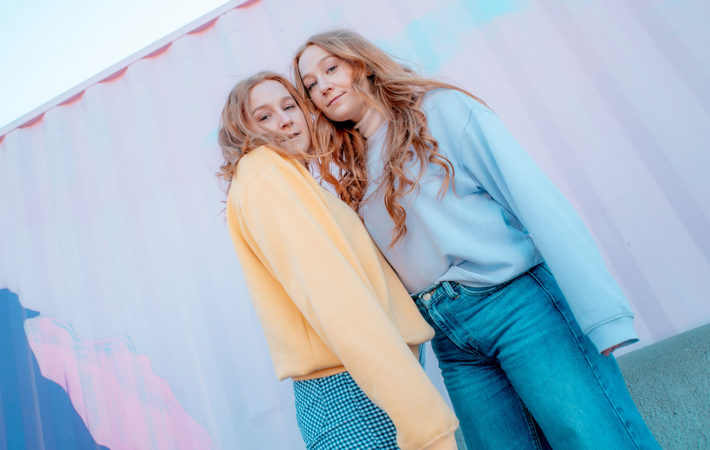 Norwegian sibling-duo The Ella Sisters gear up for the release of their sophomore EP Sugarcoat out later this year. Maren and Charlotte envision Sugarcoat as the second volume of their delightful debut EP Queens. The new album will expand on the themes already laid out in the first installment and widens it to underestimation and confidence as well as the exploration and understanding of bad behavior. Essentially, it will be grounded in the restlessness of being young at heart.

Today, we are excited to premiere the video to the beautifully sparkling title song “Sugarcoat,” which offers the perfect glimpse of what to expect come summer. The album’s title track brims with the sisters’ signature feel-good vibe and an irresistible sing-along chorus. Perfect!

Naturally, we wanted to know a bit more and reached out to the twin sisters, who were luckily game to answer our questions.

Charlotte: Songwriting is such an interesting and dynamic process because each individual song has its own way of evolving. One of the main things we always seem to do though is that one of us has an idea for example for a verse or a chorus, or maybe just a phrase, and shows it to the other. Then we try to work out what we want to say in the song, and what sort of overall expression we are seeking. I most often come from a lyrical perspective, and Maren from a melodic perspective, but the combination of lyrics and melody is embedded in the process for both of us.

Q: Watching the music video for “Sugarcoat” it feels indeed refreshingly down to earth and honest. What prompted the idea for the visuals?

Maren: We really wanted to express what the song actually means to us. It was written out of a feeling of witnessing someone who is good at sugarcoating what they feel. The video plays around with me being this “overdramatic character” that another person sees you as, while Charlotte is the other version of that person and calls out how to sugarcoat something just makes it worse. And of course, as usual, we had to dance and have fun with expressing the song.

Q: Would you have done something different were we not still in the middle of a pandemic?

Maren: I think the two main parts that has drastically changed for us, is not being able to work with our producer in London (and hence starting to work over skype), and not being able to play live shows to grow the audience and showcase our music. I guess the live shows is the answer from almost every artist, because for most artists it is such a huge part of working with music. However, we did not have a huge tour planned the past year, so we have been lucky that way. We did question last year though, whether we should start releasing the music as a new act, or if we should wait. I’m really glad we did start releasing songs, because we are constantly evolving and writing- and the pandemic turned out not to be a quick fix. 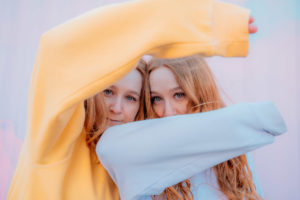 Q: How do you cope with not being able to play live, tour, and experience the live energy?

Charlotte: The live shows are a huge part of how we stay motivated and feel the response from the listeners. However, I don’t think we knew how much it also inspires our writing. We have tried different ways to get inspired in other ways the past year, for example through movies and podcasts, conversations, and maybe most importantly we have used our imagination on another level.

Q: In your video for “Queens,” towards the end, we spot a few familiar places. Not in Queens, actually where glamglare is currently located at but in Manhattan. You’ve been to New York? What’s your fondest memory of that trip?

Maren: How incredible that you have watched it in such detail! We were on tour in 2018, and New York was one of the places we went to. It was in the summertime, and so freaking hot (we are redheads, so yeah, humidity is not our natural habitat) so we drank more lemonade than most humans do in a lifetime. It was so much fun, and we had this walk by the Brooklyn Bridge which was amazing. Also, the shows were lots of fun because people in New York go to concerts with bands they don’t know- and they have a great time. Ah, we had a blast.

Q: You are from Norway, so we are naturally curious about your favorite music growing up? Who influenced you the most so far?

Charlotte: We listened to lots of different music. Both Norwegian artists like Ane Brun and international artists like Elton John, Stevie Wonder, Dolly Parton, Eva Cassidy, and Katie Melua. I think our love for songwriting started in the car when driving up to our cabin in the mountains. We had so many wonderful conversations with our parents about what the songs meant and how they were written. I remember we were very fascinated when realizing that Elton John worked with lyricist Bernie Taupin and that they created such huge amounts of songs together. It was really inspiring.

Q: One of our favorite questions, and with a song like “James Dean” from your previous album, we have to ask: If you could choose to live in a decade (music, style, etc.), which one would it be?

Thank you very much, Charlotte and Maren. We loved listening through your already impressive catalog of songs, and dig your music visuals. We are love premiering your video today!

Only a truly grumpy person who flat out refuses to smile, won’t be charmed by The Ella Sisters’ joyful video, directed by South Coast Creative. The song itself is co-written and produced by Matt Ingram. Join in on the cheerful fun, and watch our video premiere, our Song Pick of the Day, now: 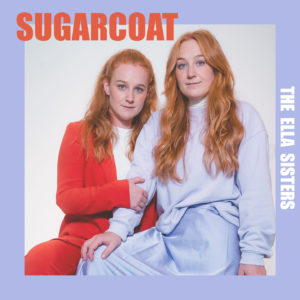