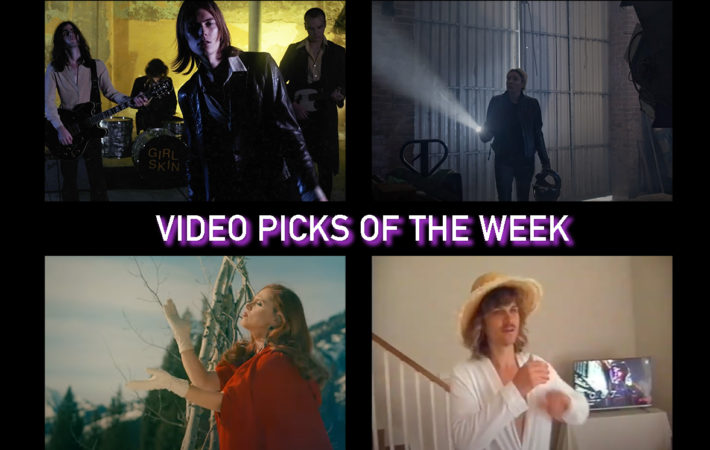 GIRL SKIN‘s new music video “You’re A Freak” beautifully visualizes the push-and-pull of their acceptance anthem dedicated to all “the beautiful freaks and the gorgeous outsiders.” The single/video is taken from the band’s much-acclaimed debut album Shade is on the other side, released via Jullian Records.

Directed/edited by Sam Centore, the video got filmed in an atmospheric location, which set the spirit and the tone of the project, as frontman Sid Simons explains:

The video was shot in an abandoned gymnasium in the basement of an old church in Brooklyn, NY. It had a very eerie and ghostly feeling down there, and I think it comes across in the video. Also, the acoustics were incredible. We are thinking that sometime in the future, we’ll put on a DIY show there when this is possible again.

We cannot get enough of this fantastic band video and are looking forward to what’s next!

Video labeled as “mini-films” are often in danger to distract from the music with their narrative. This is not a problem for U.K. legends Hybrid, who have specialized in big, cinematic sounds since 1995. “Flashpoint” has been filmed by band members Charlotte and Mike Truman, and more episodes are to come. Charlotte recalls about the filming:

“Granted, filming a video during lockdown was a bit of a challenge but we made use of every possible local location that we could. No farmers were maimed or injured during the making of this film, although one of them was concerned that our smoke effect was actually us setting their barn on fire!”
Watch the video now:

memoryfield with Robyn Cage – Back To Light

Austin-based prog-rock band memoryfield teams once more up with Utah singer/songwriter Robyn Cage for an epic song. The video has a rather icy feel to it, but there is some serious fire involved, too, as Robyn recounts here.

Australian alt-pop singer-songwriter Tim Ayre delights with his new video, a happy and bouncy lo-fi pop number that should put a big smile to your faith.  In “Mexican Holiday” we follow the artist around, while he explores his neighborhood (?) and simply is living his life. This is utterly charming and highly welcomed as the world is only slowly getting out of what we’re all in. The lovely video is taken from Time Ayre’s upcoming EP Modern Life out on Kitsuné Musique later this year.