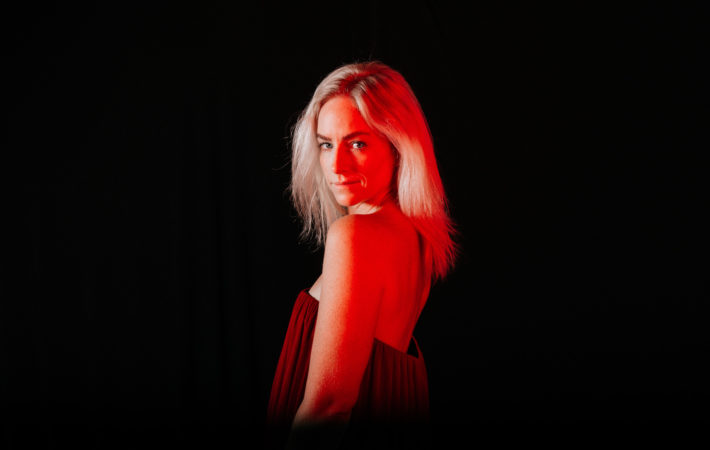 “Listen” has a mediative, spiritual message, but it probably won’t make it into your typical spa relaxation playlist. Instead singer/producer Teja Palace from Brisbane, Australia uses hard-hitting, repetitive electronics and ghostly vocals to get your attention and make you listen.

Teja gives us some background about the song:

“Listen was written during a period when I was deeply healing and learning about the traditional ways of Australia with Aboriginal elder Grandmother Mulara. It opened my mind to a new reality. It was the teachings of deep listening that really came through for me and the power of that while relating with the world and those around us; healing our connection to ourselves, to nature and to one another. I am asking the audience to walk past their fears that are holding them back from the ability to be heard so we can listen and heal.”

Teja comes originally from DJing, but then wanted to have full control about her music. Listen to Teja Palace’s debut single “Listen” below: